15 pairs of special trains will run from today, Railways released time table and list of cities 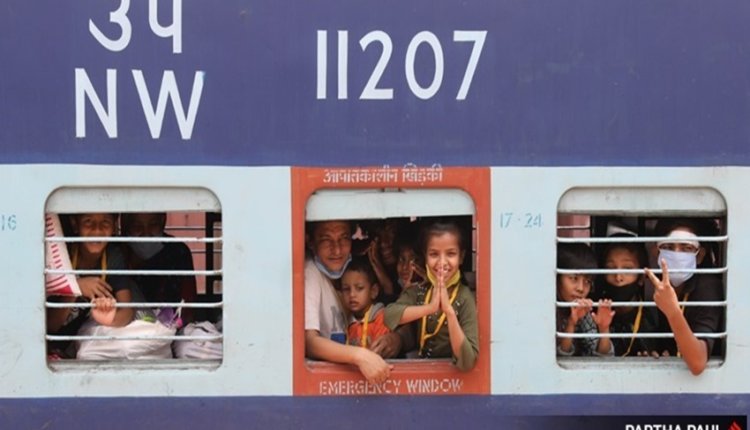 Please tell that IRCTC started booking on its website for special trains running from 12 May onwards after 6 pm on Monday and the booking of tickets was to start at 4 pm on Monday, but due to some technical problem it was delayed. IRCTC informed that bookings will start from 6 pm. After which all the tickets of AC-1 and AC-3 of Howrah-New Delhi route train were sold within 10 minutes and all seats were reserved in 20 minutes.

Here is the complete list, which train will run when- 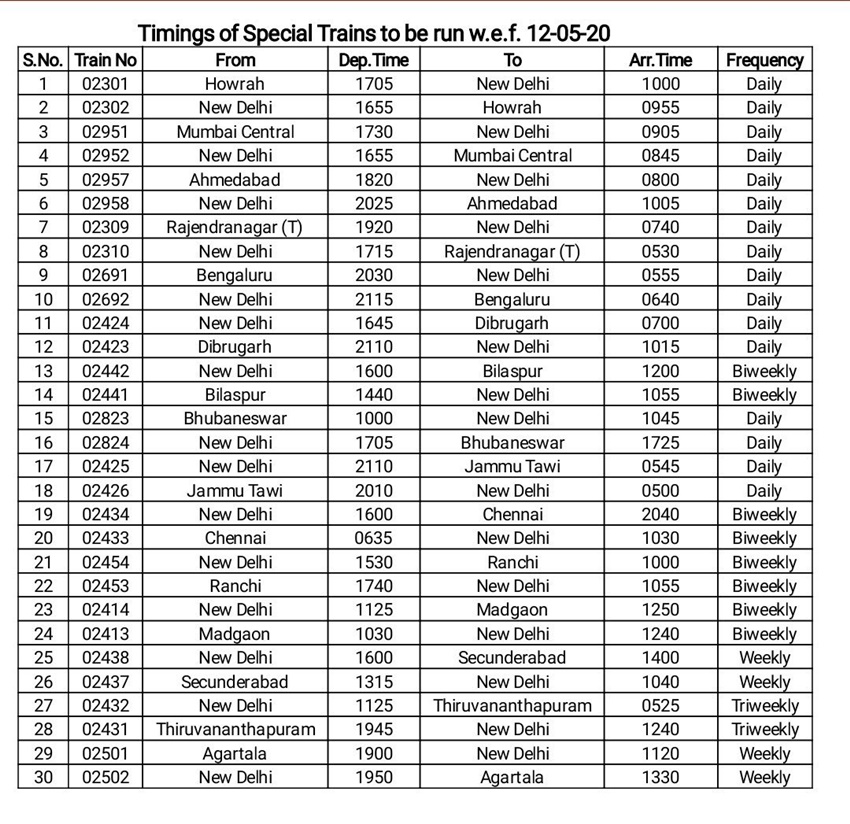 It is noteworthy that the Center said on Monday that the Railways will now run 100 ‘Shramik Special’ trains every day to bring the migrant workers fast to their home state. The government said that from May 1 to May 11, 513 such trains have been run which have reached more than six lakh migrant workers stranded in various states of the country due to lockdown. As of Monday evening, 363 trains have reached their destinations while 105 trains were on the way.

With these trains, the diaspora will be provided to the people of Tiruchirappalli, Titlagarh, Barauni, Khandwa, Jagannathpur, Khurda Road, Prayagraj, Chapra, Ballia, Gaya, Purnia, Varanasi, Darbhanga, Gorakhpur, Lucknow, Jaunpur, Hatia, Basti, Katihar, Danapur, Muzaffarpur and Saharsa. Etc. have been transported to cities. From Monday, about 1,700 passengers were replaced in each workers’ special train instead of 1,200 to bring more and more migrant workers to their homes. (Agency input)