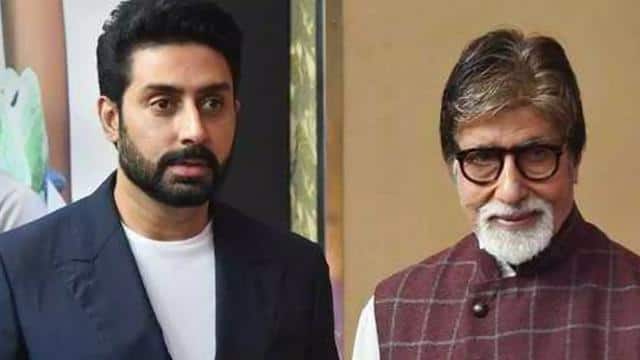 Bollywood actor Abhishek Bachchan is often compared to his father Amitabh Bachchan. Abhishek Bachchan, who started his career with the film Refugee in the year 2000, believes that if the audience does not accept your work then you cannot serve in the industry. Along with this, he said about nepotism that his father has never recommended anyone for him.

During an interview, Abhishek said, ‘Fact is that he (father Amitabh Bachchan) never called anyone. He never made a film for me. On the contrary, I produced the film Paa for him. He further said that people have to understand that it is a business. After the first film, if they do not see anything in you or if the film does not perform well then you will not get work. This is the bitter truth of life.

Abhishek further said that I know when my films do not play, I know that I have been replaced in many films. Many films could not be made. Many started but could not be made due to budget because at that time I was not bankable. People understand that I am the son of Amitabh Bachchan, oh he is born with a silver spoon. This is how I think of them, when in reality it is not.

Talking about the upcoming films of the actor, he will be seen in the film Ludo. This dark comedy film is directed by Anurag Kashyap. In the film, he will be seen working with stars like Rajkumar Rao, Rohit Sharaf, Pankaj Tripathi, Sanya Malhotra. The film will be released on Netflix on November 12.

Girl will stand on her feet with the help of Sonu Sood, forced to sit in bed due to illness

PM Kisan Samman Nidhi scheme: From December 1, 2 thousand rupees will be deposited in the farmers’ account, do this work for the benefit