Aditya Narayan said – Father was angry after flirting with Alka Yagnik, know why 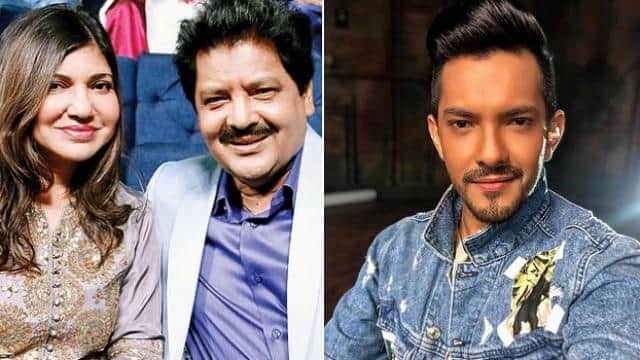 Aditya Narayan recently appeared on Kapil Sharma’s show with Himesh Reshammiya and Vishal Dadlani. During this, Aditya says that once he had flirted with Alka Yagnik, his father Udit Narayan got angry. Aditya explained the reason behind this and said that he was angry because Alka ji is his favorite.

Listening to Aditya, everyone starts laughing loudly. At the same time, when Kapil asked Aditya a question about flirting with Neha Kakkar, Singer said that whichever show is hosted, he flirts with the judge of the show. This is also the reason behind flirting with Neha.

Let me tell you that Aditya used to flirt with Neha a lot on the sets of Indian Idol. Not only this, the talk of marriage of both of them in the show had started and every function of the wedding was shot in the show. However, Neha and Aditya later revealed that all this was done only for the TRP of the show.

Aditya is now going to marry girlfriend Shweta Aggarwal on December 1. Aditya announced his wedding a few days ago by sharing a photo with Shweta. Aditya wrote, ‘We are getting married. I am the happiest guy in the world, who got Shweta, Mary Soulmate, 11 years ago and we are going to tie the knot in the month of December. We are both very private people. Believes that a person’s private life should be kept private. I am taking off from social media for wedding preparations. See you in December. It was said that neither will you meet me at some time or other.

Aditya said in an interview a few days ago, ‘I remember a few years ago people were speculating that I and Shweta had a breakup. After that it was difficult to go out with Shweta. I know that there are problems in the relationship, but that does not mean it is over. These days the marriage breaks up very quickly, so both of us were getting to know each other well. So after so many years of relationship, I feel that now is the right time to get married.