After all, which is the Vodafone Idea Postpaid Plan, on which TRAI has a teary eye 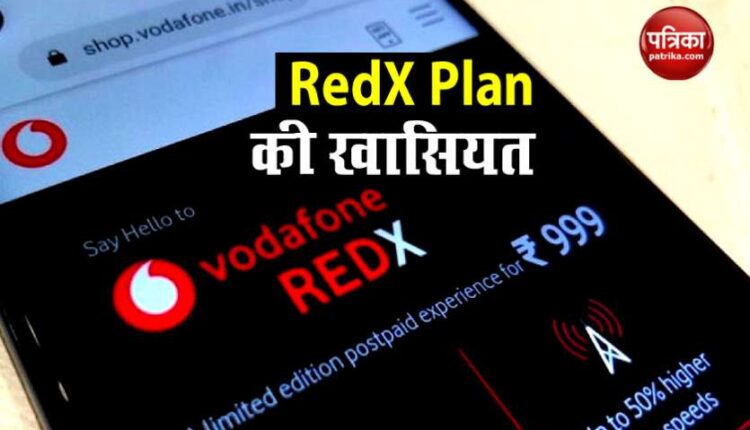 new Delhi. Vodafone Idea Postpaid Plan is currently in the news due to one of its postpaid plans. Due to which the company has been issued a show cause notice on behalf of TRAI. The answer for which the company has to issue by September 8. Several allegations have been made in the 17-page notice from TRAI. He has said that the rules of TRAI have not been planned in this plan issued by Vodafone Idea. Why not take action on the company? Let us also tell you what kind of facilities have been provided by the company in this plan. Also, what has been said about this plan by TRAI.

What is Vodafone RedX Plan?
– Vodafone RedX plan offers many benefits for postpaid customers including unlimited data, calls, premium content, international roaming packs.
– The price of Red X postpaid plan of Vodafone phones has been kept at Rs 1,099.
– Consumers will get unlimited high-speed data in this plan.
– Users will be able to make unlimited calling on any network
– Consumers will be subscribed to Netflix, Amazon Prime, G5 and Vodafone Play Premium apps.

Also read: How different are the plans of Jio and Airtel from Vodafone Idea Prepaid Plan

Notice issued by TRAI
TRAI plans to give preference to some Vodafone Idea customers. The authority has issued a notice to the company asking why action should not be taken against it for violation of regulatory rules through the RedX Fee Plan. According to the regulator, there is no transparency in the RedX plan. This is completely confusing and not compatible with the principles of charge estimation under the Telecom Rate Order, 1999.

Also read: Tragedy on Vodafone Idea Priority Plans, will have to reply by 8 September

Will have to answer by 8 September
Trai has extended the second time to respond to Vodafone Idea. Earlier, the time was given by TRAI till 31 August. The date was then extended to 4 September. Now the time has been extended till 8 September. According to the information, repeated requests from the company have been carried forward. The company says that they need around 15 days to respond to 17 pages. This notice was issued on 25 August. So far there has been no statement from the company about this.

Did Akshay Kumar’s film Lakshmi Bomb release their hands on the OTT platform? Know the case