After the death of Sushant Singh Rajput, Raveena Tandon made a big disclosure about the Bollywood industry, said – I was tried to suppress 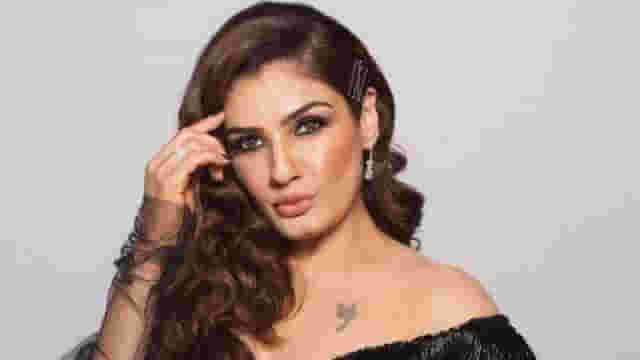 The death of Sushant Singh Rajput has shocked everyone. Everyone has been talking about Bollywood pressure since Sushant’s death. Meanwhile, Raveena Tandon has made some revelations about the Bollywood industry on social media. Raveena tweeted several consecutive tweets on Monday. He has told many big things related to the Bollywood industry.

Raveena tweeted, it happens that you are removed from films. The heroes take their girlfriends to the movies or end their careers by spreading fake news about someone through some of their people. You have to struggle a lot, but some people face it and some don’t.

When you speak the truth, you are branded a liar, Mad, psychotic. Chamcha journos write pages & pages destroying all the hard work that you might have done. Even though born in the industry, grateful for all it has given me, but dirty politics played by some can leave a sour taste. https://t.co/uR9usJitdb

Raveena wrote in the next tweet, it can happen to anyone who is born in the industry, ‘Insider’ as me or Outsider. The more they tried to suppress me, the faster I fight back. Dirty politics happens everywhere ‘.

It can happen to someone born within, an “insider” as I can hear insider / outsider words, some anchors blaring away. But you fight back. The more they tried to bury me, the harder I fought back. Dirty politics happen everywhere. But sometimes one roots for good to win, and Evil to lose. https://t.co/NMIkUgkLbW

Raveena then finally wrote, ‘I love my industry, but it is also true that there is a lot of pressure here. There are also good people here, so there are some people who do dirty politics. The world is like this’.

I love my industry, but yes, the pressures are high, there are good people and people who play dirty, there are all kinds, but referring what makes the https://t.co/YEXmquEDj2 has to pick up the pieces, walk again and again, with the head held high. Goodnight world.I pray for a better tmrw https://t.co/52nGxPma2m