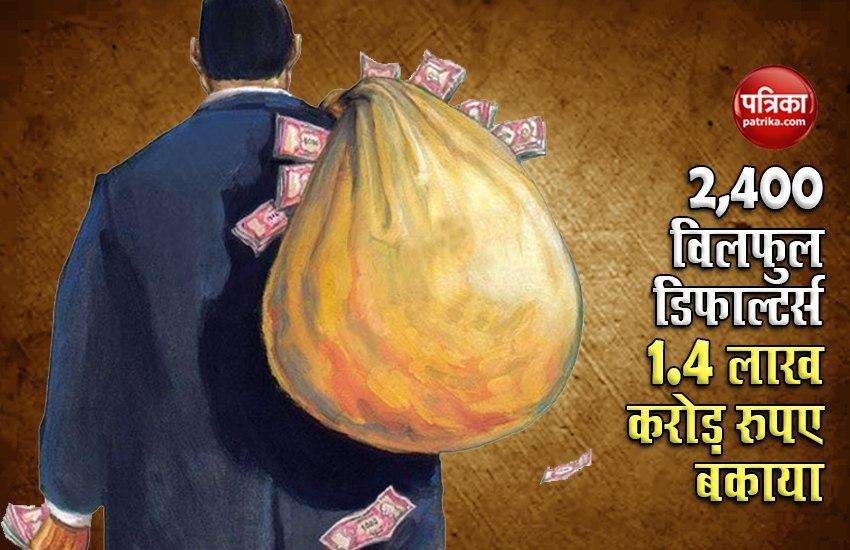 new Delhi. The Union All India Bank Employees Association, a premier union of the banking sector, will soon release a list of 2,400 willful defaulters owing them about Rs 1,40,000 crore. In fact, the nationalization of banks is completing 51 years (51st Anniversary of Bank Nationalization). Its anniversary will be celebrated on 19 July. The Willful Defaulters List will be released on this occasion.

The list will be released on this day
AIBEA Secretary General CH Venkatachalam said that as part of the celebration of the 51st anniversary of bank nationalization, we will be releasing a list of willful bank loan defaulters. The list will have the names of about 2,400 creditors who have taken loans of five crore rupees and more from banks and have been declared willful defaulters by banks. According to Venkatachalam, the non-performing assets (NPAs) of the banking sector stood at Rs 739,541 crore as of 2019.

Webinars will also be held
Venkatachalam said that in addition to releasing the list of willful defaulters, the union organized national webinars on July 19 through the AIBEA Facebook page, distribution of e-leaflets / pamphlets in regional languages, poster displays at branches, and public meeting with the Prime Minister on July 20, 2020. Will also organize events such as petition and wearing badges.

Also read: Govt preparing to make farmers business, plans something like this with a budget of Rs 6,866 crore

The country’s banks were nationalized
He said that on 19 July 1969, the Government of India nationalized 14 major private banks, and since then these banks had started to prepare a new path with social inclination, the number of bank branches increased from 8,200 in 1969 to 156,349 today. has occurred. Today the priority sector debt is 40 percent, compared to zero percent before nationalization. He also said that deposits and advances, which were Rs 5,000 crore and Rs 3,500 crore respectively in July 1969, have increased to Rs 138.50 lakh crore and Rs 101.83 lakh crore today.

LIC Scheme: Fixed pension will be available every month for 10 years, know how to take benefit of the scheme

Ayushman Bharat Scheme: Through this scheme, you will be able to get treatment for free, up to 5 lakhs will be help at a time.