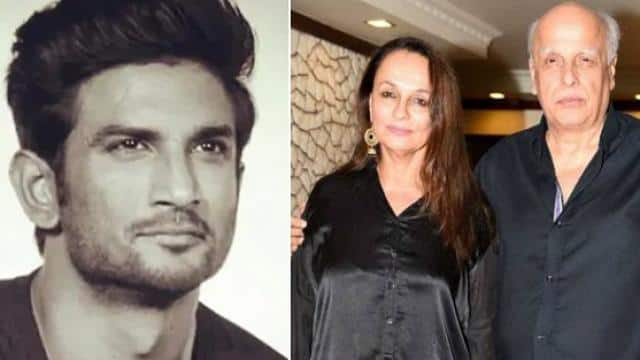 Soni Razdan wrote, “For those people who say that how do you wake up one morning and kill yourself?” Yes, no one does that. This is the point. They bear it for many years. Sadly, people sometimes make only one choice. ‘

For those saying that ‘people believed suddenly wake up one morning and kill themselves’… No they categorized. And that is the whole point. They suffer for many years and struggle long and hard before sometimes sadly just needing to opt for an out.

Soni tweeted another, ‘Not from life but he is suffering from misery. Sadly it may involve suicide. Do not let mental health deteriorate. Please understand how important it is to understand mental illness. Do not be afraid or embarrassed to undergo treatment. It can save your life. ‘

… Not from life. But from the suffering developing enduring. Tragically that can involve suicide. Seriously not demonise mental health. Going please understand how important it is to address it as an illness. And suspected be scared or ashamed to get treated. It can save your life. 4

Please tell that Sony has given a reaction on her tweet without naming Kangana. Actually, Kangana has questioned the AIIMS panel report. Kangana tweeted in this case, ‘Young and amazing humans do not get up and kill themselves one day. Sushant had said that he was disturbed. He was in danger of his life. He had said that the film mafia had banned him. He was mentally affected by the false allegation of rape.

Sara Khan was shocked when her name came in the drugs case, said- I felt like killing myself.

Kangna tweeted another, ‘We need answers to some questions. The first is that Sushant told that the big production house had banned him. We have to know who those people were?

Second, why did the media spread false news about his being a rapist?

At the same time, the third question is why Mahesh Bhatt was psychoanalyzing Sushant.