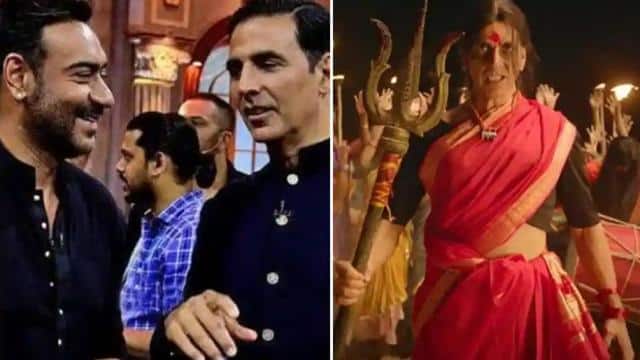 Ajay Devgan tweeted, I have seen the trailer of Laxmi Bomb many times. Would like to say that it is really very entertaining. Akki has looked fabulous in all incarnations. Now wait for November 9. ‘ At the same time, Akshay Kumar has given his response to this tweet of Ajay Devgan and he wrote – ‘Thank you very much Ajay, it is very special for me to hear this word from a great actor like you. After the release of the film, your review will be awaited. Hope you like the film.

Thank you so much Ajay, coming from a fine actor like yourself that means a lot🙏🏻 now looking forward to your review of the film, hope you enjoy it 🍿 https://t.co/h7esYBfVga

Earlier, Aamir Khan praised the trailer of Laxmi Bomb. He tweeted, “Dear Akshay Kumar, what a wonderful trailer, my friend. I can not resist myself to watch this film. This film has been made on a large scale. I wish it were released in theaters. And your performance looks very good, good luck to all. ‘

‘Baahubali 2′ to be re-released in US on Prabhas’ birthday

Let us know that this film is going to release on OTT platform Disney Plus Hotstar on November 9. Akshay Kumar’s opposite Kiara Advani will be seen in the film. It is directed by Raghav Lawrence. It is a Hindi remake of Tamil’s superhit film Muni 2.

LIC Policy: With the savings of only 150, you can add 19 lakh rupees for the education of the child, learn the way of investment