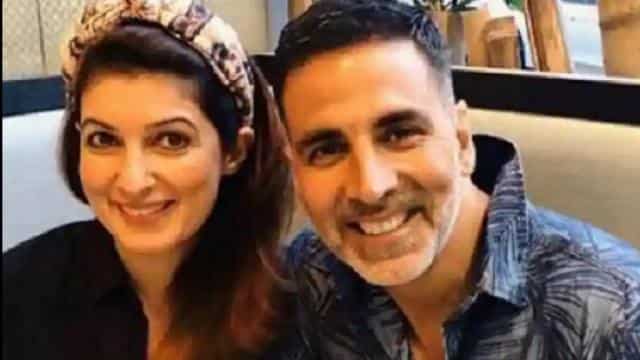 Akshay Kumar and Twinkle Khanna are one of the popular couples. The two stars also do not miss pulling each other’s legs on social media. Now Twinkle has forced Akshay out of his production house. However, he has said this in a funny manner. On this, Akshay told him that don’t do it, don’t kick my stomach.

Actually, the case is that Akshay made a tweet on the completion of 2 years of the film Padman. In it, he wrote, The film Padman completed two years, I am glad that we managed to raise such an issue. On this #MenstrualHygieneDay I hope we are breaking the taboo of menstruation. The tweet tagged Akshay with ‘Padman’ actress Sonam Kapoor and Radhik Apte, but forgot to tag the film’s producer Twinkle Khanna.

Err …. You are definitely not part of my next production! #PadMan https://t.co/wqP9q2nA7D

Please mere pet pe laat mat maro 🙏🏻 Missed tagging the team. Apologies to my producer, @mrsfunnybones, director #RBalki and the man without whom Padman was be made @murugaofficial https://t.co/FbrOBSFLjG

In replying to this post, Twinkle Khanna wrote, ‘Akshay Kumar, you will definitely not be a part of my next production. To this, Akshay Kumar replied, “Please, don’t kick my stomach.” Forgot to tag the team. I apologize to my producer, director R Balki and those without whom the film would not have been made.