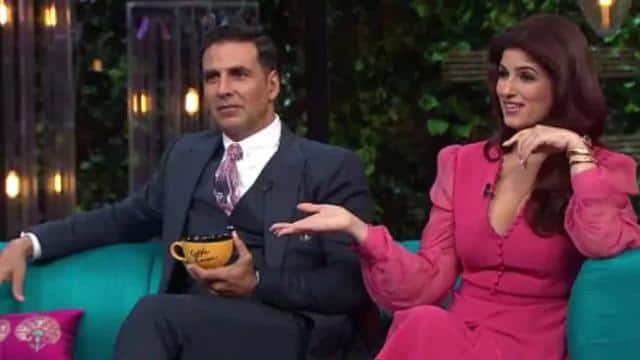 Akshay Kumar arrived at the Kapil Sharma Show with Kiara Advani for the promotion of his upcoming film ‘Laxmi’. During this, everyone had a lot of fun. Archana Puran Singh asked Akshay if he lives a king size life at home. So the actor says, no, I did not win the king size at all. Then Archana asks, who wins when the two of you have a fight?

Twinkle wins, says Akshay. Then Archana says, when did you realize that you can never win? Akshay immediately says, it was revealed on the night of the wedding.

Let us know that Akshay has appeared in this show 25 times, all the members of the team will give him a gift if the actor has a silver jubilee in the show. During this, Kapil Sharma gives note counting machine to Akshay Kumar. On this, Akshay Kumar pinches Kapil Sharma. He says, ‘This is the note counting machine that Kapil has brought from his house. This accounts for half of the industry’s money. Hearing this, everyone starts laughing loudly ‘.

Let’s say that Akshay Kumar’s film ‘Laxmi’ is set to release on Disney Plus Hotstar on 9 November. Kiara Advani will be seen in the role of his wife in the film. The film is directed by Raghav Lawrence, who produced the film in Tamil.

Bigg Boss 14: Salman Khan upset over the battle of Ejaz Khan and Kavita Kaushik, leaving the stage and said – keep fighting you guys