Amazon can invest big in Vodafone Idea together with this company 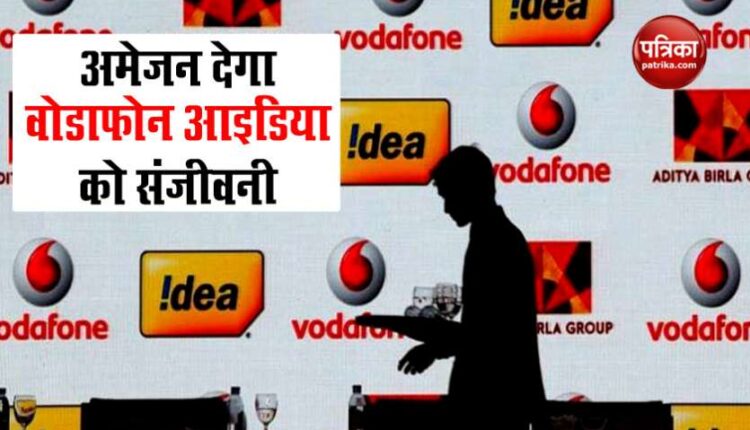 new Delhi. After the decision of the Supreme Court regarding AGR, now Vodafone Idea ( vodafone idea ) Has started searching for global investors. According to media reports, in the coming days, the world’s largest company, Amazon and American wireless company Verizon can invest 30 thousand crore rupees in Vodafone Idea. If the company has this investment, then Vodafone Idea will get a new Sanjivani. At present, the telecom company is facing great difficulties. A debt of more than one lakh crore rupees and AGR dues of 50 thousand crore rupees have sunk the company significantly.

Amazon’s eyes on Indian companies
Since Reliance Jio has invested in Facebook, Intel, Microsoft, Google etc. Since then, Amazon is also eyeing investment on Indian companies? In such a situation, she is trying to find a way to invest in Indian telecom. In fact, both Facebook and Microsoft will use about 39 crore customers of Jio to grow their business, while JioMart will use Facebook to increase retail business.

The hearing was going on in the Supreme Court
In order to strengthen its hold in the Indian retail market, companies like Amaze were in constant contact to invest in the country’s telecom companies, but the AGR case came to a standstill due to the excessive holding. Now the Supreme Court has given 10 years extension to all telecom companies to pay the arrears of AGR. Since then, the chain of discussion has started again.

Also read: Why did Mallika Shehrawat get trolled over the photo playing Chase, know its big reason

How much total debt on Vodafone Idea
On the other hand, Vodafone Idea also needs a large investment. The reason for this is that it is not possible for him to increase his tariff due to price war in the Indian market. At the same time it is difficult to survive in low prices. At the same time, the total debt of more than one lakh crore and AGR relation of 50 thousand crore rupees is drowning the company more. In such a situation, the company is also in search of global investors. So that we can reduce this burden by collecting more and more funds. Once again he could stand on his own feet.