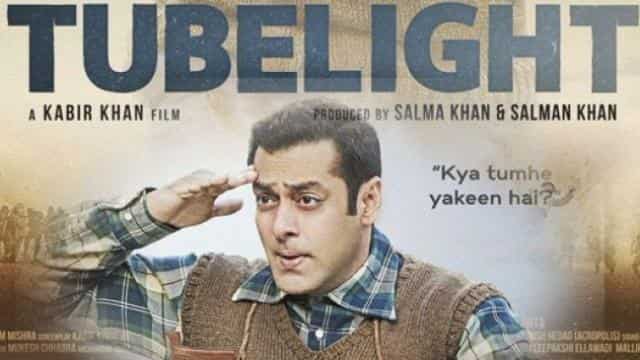 ‘Tubelight’ was Salman’s third film with director Kabir Khan after blockbuster films like ‘Bajrangi Bhaijaan’, ‘Ek Tha Tiger’. It is based on the 2015 film ‘Little Boy’ and was set against the backdrop of the 1962 Indo-China war. Amit Sharma, the director of the film Badhaai Ho has said something about the ‘Tubelight’ film, which is being discussed a lot.

According to director Amit Sharma, Salman Khan-starrer ‘Tubelight’ is an overrated film and also believes that he would have done something better if he had directed it. When Sharma was asked to name any recent overrated film he had seen, he took the name of the film. When he was asked to name any recent film which if he had directed the film would have become something good, he also took the name of ‘Tubelight’ in response to this question.

Anushka Sharma on the cover page of the magazine in light wet hair, hot style shown in photoshoot

For your information, let us know that Kabir Khan’s films are mostly slow. Nothing happens in the film for a long time. Nawazuddin Siddiqui handled and ran this slow pace in Bajrangi Bhaijaan. But Tubelight did not have such a solid supporting character that the film could run. The stories of Kabir Khan have been completely different. In such a situation, something similar was expected from Tubelight. But Kabir Khan also picked up a flop film to do the conversion and also wrong casting in it. This became the biggest mistake of the film.

Barrister Babu New Promo: Anirudh Babu is going to take a big decision for Bondita so far, the episode is full of twist and turn

Abhinav Kohli made shocking allegations on Shweta Tiwari, said – call the police and get me out of the house