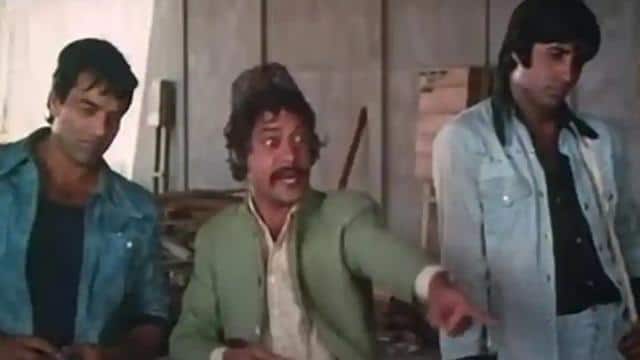 There is a wave of mourning in the film industry following the demise of Bollywood veteran actor Jagdeep. On 8 July, Jagdeep left this world saying goodbye. All the celebs of the film industry are paying tribute to him. The megastar Amitabh Bachchan has also remembered Jagdeep. He said that another gem left us and went away. Amitabh said that he considered himself lucky that he got an opportunity to work with a great artist like Jagdeep.

Amitabh wrote in his blog, ‘Last night we lost another gem. Jagdeep is no more, having amazing ability in comedy. He had a unique personal style of acting. I have had the honor of working with him in many films, including Sholay and Shahenshah. ‘

Amitabh revealed that he acted in the film produced by Jagdeep. He said that he had appealed to me to do a guest role in a film which he was producing. I worked in it. He was a very humble person. He got a lot of love from people. My prayers and prayers for him.

Sunny Leone shoots in the midst of corona epidemic, some eyes set on this set

Big B further wrote, “Syed Ishtiaq Ahmed Jaffrey was his real name. He had adopted his character in a film called Jagdeep. He gave many such memorable performances, which people liked very much. Adopting the name of his film character was a very dignified thing, which shows the feeling of unity in the diversity of this country. Many people did that in that period, including Dilip Kumar, Madhubala, Meena Kumari, Jayant (father of Amjad Khan) and many more.

Significantly, Jagdeep did more than 400 films in his career. He started his career as a child artist with BR Chopra’s film Afsana. Apart from this, he had acted in films like Do Bigha Zameen, Ar-Paar, Toy and Teen Bahuraniyaan, Sholay, Shahenshah.

Big decision of Spicejet, Corona Insurance of 3 lakhs will be available for only 443 rupees, know the complete scheme

Invest in these schemes to save income tax, will save millions