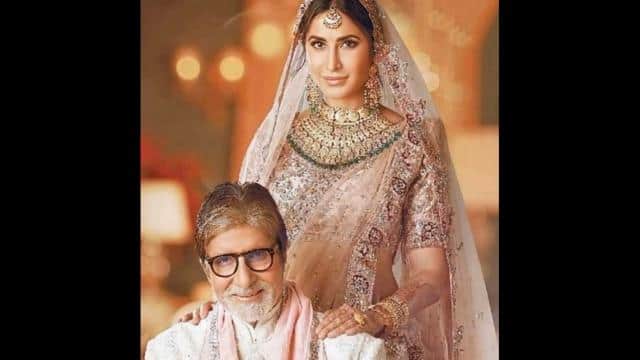 Amitabh Bachchan remains very active on social media and keeps posting many funny posts. Now Big B has shared a photo with Katrina Kaif. This photo of Big B and Katrina is during an advertisement. However, the caption Big B has written while sharing the photo is quite interesting.

Big B wrote, ‘Suddenly we found a picture, we did not find it, we found it in turn. Socha Devi ji is looking good in jewelry and we are the only one sitting below. ‘

Fans are also commenting a lot on this post of Big B. Somebody is saying sir, you and your words. So someone commented, Sir, what do you write … Great.

Please tell that Big B continues to work even at this age. He keeps shooting for several hours. A few days ago Big B shared some photos from the set of his show Kaun Banega Crorepati. While sharing these photos, Big B described Karma as worship. He also said that work is your identity.

Big B had tweeted, ‘Karma is Pooja, Karma is Guru. Leap off the wall of laziness. Even in the face of every trouble, the intention to work should not decrease.

Abhishek Bachchan was very impressed with his father’s post. He retweeted Big B’s post and wrote, ‘This inspiration’.

Talking about the upcoming projects of Big B, he will soon be seen in the film Brahmastra. The film stars Alia Bhatt and Ranbir Kapoor in lead roles alongside Big B. Also, Big B will soon start shooting for Deepika Padukone and Prabhas’ film.