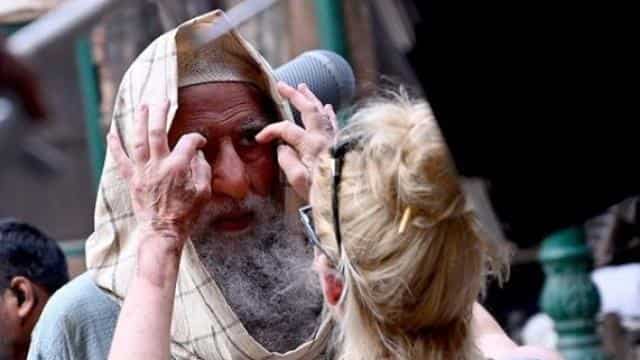 Bollywood superstar Amitabh Bachchan remains very active on social media. He does not leave any chance to entertain fun post shares with fans. In this way, he has once again shared a funny post, which has a connection with his new film Gulabo Sitabo.

This photo is from the set of the film Gulabo Sitabo. In this, he is seen in his character’s look. It can be seen in the picture that a woman is fixing their makeup. Amitabh shared this photo and also told the fans a funny thing. He told what is the empty space between the two eyebrows.

T 3545 – The space between the eye brows is called what ..?
Did you know .. well here it is ..
Its called ‘GLABELLA’ ..
touching up at the shoot of GiBoSiBo .. (thats GulaboSitabo) pic.twitter.com/fes5G1tEAd

While sharing the photo, Amitabh Bachchan wrote, what is the space between eyebrows? do you know? It is called GLABELLA. This is touching up before Gulabo Sitabo’s shot. Users are fiercely responding to this post. He has shared this post on his Twitter and Instagram account.