Amitabh Bachchan wished 2021 to be auspicious through ‘Lemon-Chili’, know what he wrote 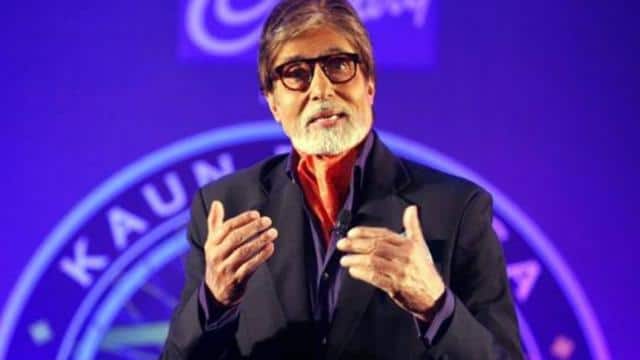 Bollywood superstar Amitabh Bachchan has wished 2021 to be auspicious. Big B has shared a photo of 2021 written on Facebook and Twitter, with lemons and peppers tied under 1. Often people resort to this type of protection to avoid anything from evil eye. In such a situation, this post of Big B is being associated with the wish of auspicious New Year. With this photo, Amitabh Bachchan wrote in the caption – Kripa Kripa Krupa. Along with this, Amitabh Bachchan has also written FB 2782 on this post in Facebook.

Amitabh Bachchan also writes numbers on all his Facebook and Twitter posts. This number means that they have posted so much. Let us know that since the beginning of 2020, the havoc of corona infection has been seen in many countries around the world including India. People have suffered from India to America due to months of lockdown and millions of people killed. In such a situation, from every common people to celebrities, they are wishing that Corona will be reduced to havoc in the coming year.

Not only this, due to the cinema hall being closed for about 6 months, the film industry has also suffered a huge loss in terms of revenue. In such a situation, celebrities hope that the next year will be away from the shadow of Corona and will be encouraging for the industry. Amitabh Bachchan himself also succumbed to corona infection. Apart from them, daughter-in-law Aishwarya Bachchan and granddaughter Aaradhya were also suffering from corona infection.

PM Solar Panel Scheme: Farmers can become lakhpati by selling electricity, 4 lakh rent will be given on one acre farm

Anil Kapoor showed his doll, wrote on Instagram – fulfilled dream, thought I would put a photo in biceps