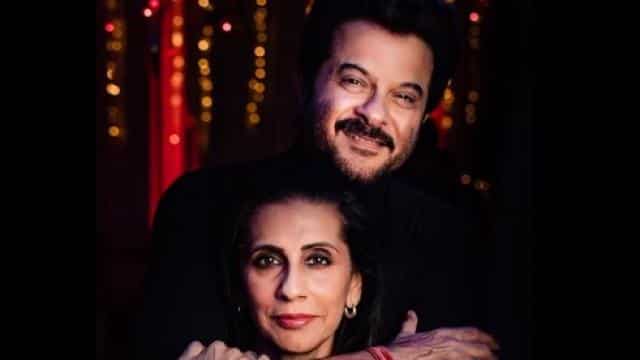 Anil Kapoor and Sunita Kapoor celebrated the 36th anniversary on May 19. Anil had celebrated his special day with his wife brilliantly. Anil has now shared the video after celebrating that he has done a crime on the wedding anniversary.

Anil said that on the wedding anniversary, he could not stop himself from eating cake, while he was paying full attention to his fitness. In such a situation, eating cake is less than a crime for them.

Anil has actually shared his video in which he is doing a workout. While sharing the video, Anil wrote, ‘I enjoyed my crime very much. Ate all the cake. Now is the time to burn calories. ‘

I enjoyed committing the crime – eating all the anniversary cakes …
now I must do the time and burn off those calories! pic.twitter.com/5YsCP8bnnp

This is how the love story started…

Anil had told during an interview that a friend of mine gave me Sunita’s number. I called Sunita and at that time I was moved by her voice. Anil said to himself at that time, what is the voice, friend, does English speak.

After this, the two met again at Raj Kapoor’s house and the conversation of such two started further. Anil was quite impressed when he saw Sunita for the first time. Anil then tells Sunita the story of his broken heart. I liked someone and left me.

Anil had told that he wanted to marry Sunita only when his financial situation would get better as he wanted home and cook for Sunita. Sunita had already told Anil that she would not cook.

Anil’s first film Meri Jang was released and the two were soon married again. Anil said, ‘I thought that now there will be a house, a kitchen and a cook, so there is no problem. I called Sunita and said that we are going to get married tomorrow. Either yesterday or never again and then we got married the next day. After marriage, when I went for a 3-day shoot, Sunita went on a honeymoon without me.

Gold Price Today: know the latest price of gold from 24 to 18 carat

Moody’s told when India’s economy will improve, hope low in 2020-21