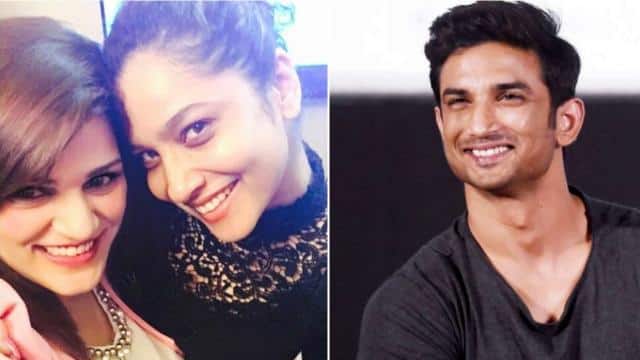 KK Singh, father of late actor Sushant Singh Rajput, has filed an FIR on July 28 in Riya Chakraborty in Patna. She has accused the actress and her family that she had gradually pushed Sushant away from the family. Took money from Sushant and instigated him to commit suicide. Meanwhile, Ankita Lokhande shared a post on Instagram and wrote that Truth will win.

Now Sushant’s sister Shweta Singh Kirti has given her response on this post of Ankita. He wrote, God is always with the truth. Users are giving reactions to this post of Shweta. One user wrote, no one can suppress the truth for much longer. The other user wrote that we are also with the truth. Another user commented that we are with your family, ma’am. God is watching everything and Sushant will surely get justice.

Earlier, Sushant’s sister Shweta shared a post on social media after the FIR was registered on Riya. He wrote that if truth does not matter then nothing matters. This post by Shweta Singh Kirti is going viral on social media. 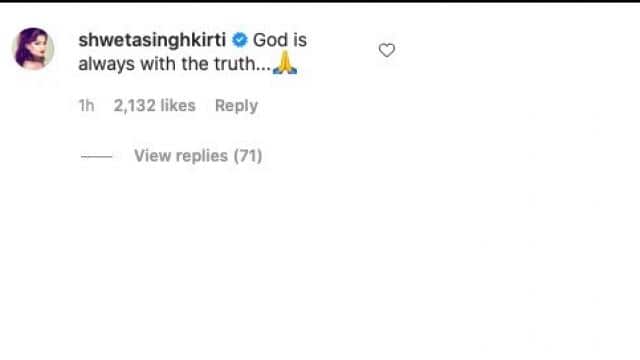 Let’s say that Sushant’s father accused Riya in the FIR that all Sushant’s bank accounts and cards were under the control of Riya and her family. Sushant told many times that these people wanted to put him in crazy food and he was unable to do anything. When Sushant went to meet his sisters, Riya pressured him to return to Mumbai. After this, the family interaction with Sushant also started to decrease.

In Mumbai, the statement of Sushant’s driver to bodyguard was recorded, Cook said – the whole system used to handle Madam

Sushant Singh Rajput’s cousin Neeraj Kumar Singh accuses Riya Chakraborty, says – The truth is then the case has been registered