Asia’s growth may fall for the first time in 60 years, 9 percent decline in Indian economy 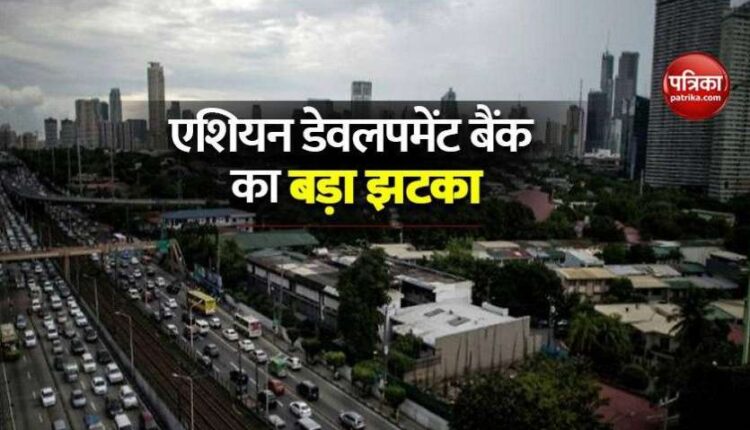 Also read: After this decision of the government, onion will be very cheap, know how much will be the price

Asia’s economy may fall for the first time in 60 years
According to the report released by the Asian Development Bank, there may be a 0.7 percent decline in economic growth in 45 countries of Asia-Pacific this year. It is estimated to be the first time in 60 years. ADB’s Chief Economist Yasuyuki Sawada said the economic threat posed by the Kovid-19 epidemic remains strong, as earlier wave outbreaks may increase further in the coming days. He said recession in developing Asia is more widespread than in previous crises. In the current year, three-quarters of the region’s economies have shrunk.

Also read: Know the price and specification of Redmi 9i before launch

9% drop in Indian economy
On the other hand, the Asian Development Bank has forecast a 9 per cent decline in the Indian economy in the current financial year 2020-21. According to the ADB, economic activity in India has been severely affected by the Corona virus. According to the report, its impact on consumer perception has also been seen in India. Due to this, there will be a 9 per cent fall in GDP in the current financial year.

India’s economy will be the next year
At the same time, ADB has also estimated GDP for the Indian economy in FY 2021-22. According to the ADB, India’s economic growth rate will increase by eight percent in the next financial year due to the movement and opening of business activities. Yasuyuki Sawada said that the measures to control the epidemic, expand the capacity of investigation, monitoring and treatment are important for the growth of the economy in the next financial year and beyond. These measures need to be implemented effectively, only then will the economy recover.