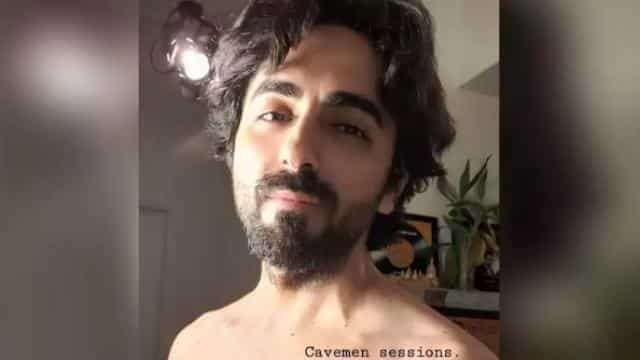 Actor Ayushmann Khurana is spending quality time in lockdown with family. Not only this, he is spending time writing poems, learning piano and singing songs. Along with this, he recently shared a shirtless photo of himself on social media, in which his bearded look can also be seen. Ayushman Khurana has taken this photo in the washroom.

Let us tell you that these days Ayushman Khurana is on the seventh sky. This year, the actor has won the National Award by giving many superhit films one after another. Apart from this, Amitabh Bachchan and Ayushman Khurana’s film ‘Gulabo Sitabho’ is going to be released on June 12 on OTT platform Amazon Prime. Fans are quite excited about this. The trailer of the film has already been released.

Casting Couch has been hunted
When Ayushmann was stepping into the Bollywood industry, the director offered him the lead role, but on one condition. Ayushmann, however, instinctively refused to fulfill the condition.

While giving an interview to Pinkvilla, Ayushman Khurana had told that a casting director told me that I will offer you the lead role if you show me your tool. I told him that I am straight and turned down your offer. Let us tell you that Ayushmann Khurrana made his debut with the film ‘Vicky Donor’ in 2012. Since then, Ayushmann Khurrana has put his coin in the Bollywood industry and today look at the sky in his career.

VIDEO: Shadow Tiger Shroff’s face on the internet, seen dancing on the roof of the house amidst strong winds and rain.

Recalling his early days in the industry, Ayushmann says that there used to be first auditions, where solo performances were given. One person at a time in a room. Suddenly the number of auditioners increased and about 50 people started appearing in a room. When I raised the matter, they asked me to leave. So I have also made many rejections. But this rejections made me not weak but strong.

Farmers of the country will cure the ailing economy from Corona, agriculture sector likely to grow by 2.5 percent in 2020-21: CRISIL