Bigg Boss 14: Arshi Khan flirting with Abhinav Shukla, said- I can make you a father too 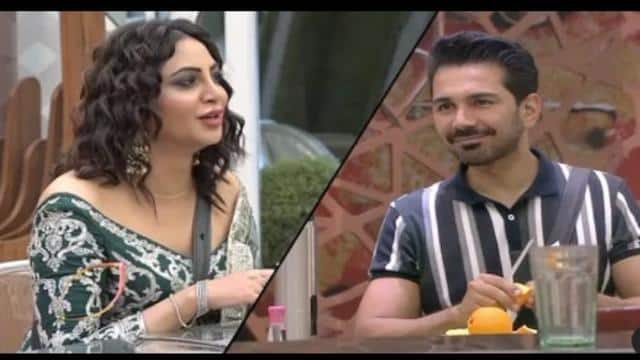 In ‘Bigg Boss-14’, Arshi Khan has entered as a challenger. Meanwhile, the latest promo video of Salman Khan’s show is going viral. In which Arshi Khan is seen flirting with Abhinav Shukla. Arshi tells Abhinav how she will avoid him, she can also make him a father.

It is shown in the video that Arshi shakes hands with Abhinav and says that you belong to me. After which she says, ‘I have come through a breakup. One side is home and one side is outside. Abhinav how will you protect yourself from me. I can also make you a father. ‘ Abhinav seems to be quite shy after listening to Arshi. After this Arshi laughs and says that I will ruin her life.

Kareena Kapoor returning to Mumbai after holiday with Saif and Taimur, Pregnancy glow clearly on her face

Let us tell you that Salman Khan, host in the episode of Sunday, introduced these challengers to the audience. These include Rakhi Sawant, Vikas Gupta, Rahul Mahajan, Kashmirira Shah, Arshi Khan and Manu Punjabi. Apart from this, another promo video of Bigg Boss-14 is going viral. In which Kashmiri Shah is seen targeting Jasmin Bhasin. Kashmira says- If you had to go, you would have left. Why let him (Ali Goni) go. ‘ Jasmine says – ‘We have a three-year relationship and that’s what they want.’ On which Kashmirira says that mastermind stroke.

Delhi government’s gift to workers Get a labor card made sitting at home with just one call, you will get these benefits