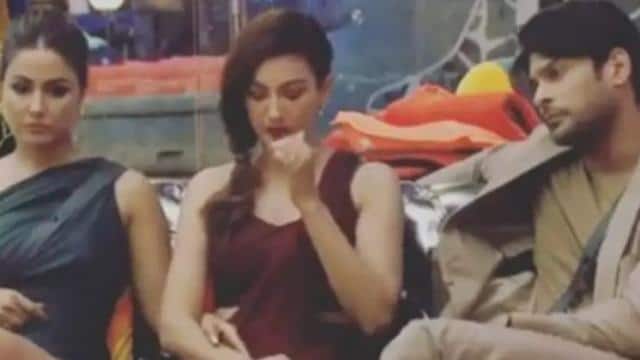 The TV reality show ‘Bigg Boss 14’ has also featured three seniors this time. Siddharth Shukla, Hina Khan and Gauhar Khan have their own team. Tuesday’s episode saw the task between the three seniors, in which Bigg Boss ordered that the senior whose team would lose in this task would be out of the house.

During the task, Hina Khan and Gauhar Khan accuse Siddharth Shukla of cheating and says that he cannot do this. At the same time, Gauhar Khan tells Bigg Boss that if you can silently see it happening wrong then it is wrong. What does it mean if strict action is not taken against them? If rules are important in this house, then show Big Boss.

Aditya Narayan expressed skepticism about Neha Kakkar and Rohanpreet’s marriage, said- Is it possible for anyone to meet and get married in a month?

Please tell that before this, a photo of Siddharth coming out of the show was revealed. Apart from this, the elimination task was done in Monday’s episode and Salman Khan asked every member of the house to name those you want to save from Shahzad Deol, Jan Sanu and Abhinav Shukla. During this time 4 votes for Abhinav and 4 for Jaan Sanu. Shahnaz got just one vote. Salman Khan again asked the seniors to do this task, so he took the name of Shahzad Deol.