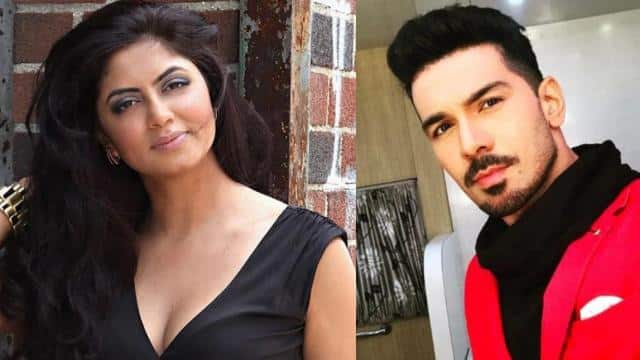 Twist is seen on the reality show Bigg Boss 14. Now the makers have shared a promo video of the show’s weekend-wise episode, in which Kavita Kaushik and her husband Ronit Biswas are seen accusing Abhinav Shukla. In the video, Kavita says that Abhinav Shukla has drunk and messaged her violently. But social media users believe that Kavita is doing all this for publicity. In such a situation, Twitter users started trolling Kavita Kaushik. Now they are asking Kavita to apologize to Abhinav Shukla.

One user wrote, “#ShamelessKavita.” We know who is right and who is wrong. We know who is doing what for publicity. We are public and we all know. “Another user wrote,” #ShamelessKavita for such a low-cost publicity. Ronit Biswas, did you ask Kavita what she meant when she called Abhinav friends with benefits. We thought that you are a sensitive person. Abhinav Shukla, you are a gentleman and we trust you. ”

At the same time, another user wrote, “Kavita, you should apologize to Abhinav Shukla and Rubina Dilac in front of everyone.” You know you are wrong. If you are not wrong, apologize in public. It is not correct to make baseless allegations.

U r a gentleman n we trust you

In the same way, there are many more.@IamkavitakI hope it reaches your brain and you apologize to Abhinav and Rubina publicly. You are also aware wrong. If not not, then prove it in public. Making baseless accusations is not cool at all. #ShamelessKavita # BB14#RubinaDilaik pic.twitter.com/Ynv80YL4kQ

In the video, Kavita says that Abhinav sent her several messages in a row. Even when I told them that if I do not stop messaging, then I will complain to the police. On these allegations of poetry, Abhinav says, ‘I would like to see those messages. We will discuss it in a legal way. Abhinav accuses Kavita of threatening Rubina. On this, Kavita’s husband Ronit says, “Do you think that someone will threaten my wife and I will sit quietly and watch?” Rubina Dilak starts crying after seeing all this.

Shame on you @Iamkavitak how u come claimed false charges on #AbhinavShukla You r the one who is all over him in BB14 House mujhe Abhinav bht pasand hai i wanna go date with him he is my close friend
Blah blah and now this are u mad or what.!#RubinaDilaik # BB14 # BiggBoss14

Salman Khan gets angry when both couples quarrel like this. Taking off the blazer, he asks both the couples to calm down for a second and stop the fight. Salman Khan angrily says, “What messing is done, it is dirty.”

Salman Khan celebrated the bodyguard’s birthday in this manner, the actor did something that left everyone laughing