BIGG BOSS 14: Nishant Malkhani, furious at the new Captain Aijaz Khan, said – there is no bigger cheater in this country than you 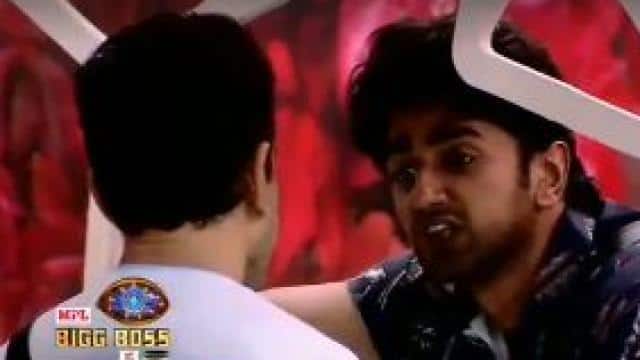 The new captain of ‘Bigg Boss 14’ is Ejaz Khan. In the upcoming episode Ejaz is about to send the members of the house from the Green Zone to the Red Zone. In the next episode, all the members are about to give each other two hands. It is shown in the promo that Captain Aijaz has also been targeted. Nishant angrily tells Ejaz, “There is no bigger fraud in this country than you.”

At the beginning of the promo, Ejaz is seen talking with Nikki Tamboli. He is quite upset over Kavita Kaushik accusing him of using them. Ijaz cries out that he is broke and he doesn’t know who his real friends are at home.

In the promos shown after this, the members of the house are counting each other’s shortcomings. Along with this, they also explain why they should not be put in the Red Zone? The captain of the house, Ejaz Khan, is judging this task. Meanwhile, Jan Kumar Sanu tells Nishant Malkhani, “I gave up my captaincy to make you captain. I participated in the game after trusting you. “

Later, Rahul Vaidya and Jasmine Bhasin also face each other in the task. Rahul says, “Jasmine has insulted her parents and questioned her upbringing.” In response to which Jasmine says that she will do to others what she has done to them. However, after hearing his arguments, Ijaz says that he and Rahul never stayed on one page. He favors Jasmine, saying that he considers her a good competitor.

In the promo, the pair of Pavithra Punia and Rubina Dilac are also featured. They both appear to be accusing each other. Pavitra says that force cannot be used as violence during any work, to which Rubina says that Pavitra should not use it as an agenda. She adds, “We are all responsible for our character.”

Despite being a festive month, banks will open more days in the month of November, know the special reason behind it