Bigg Boss 14: Salman Khan spoke openly on nepotism, said- he will talk only 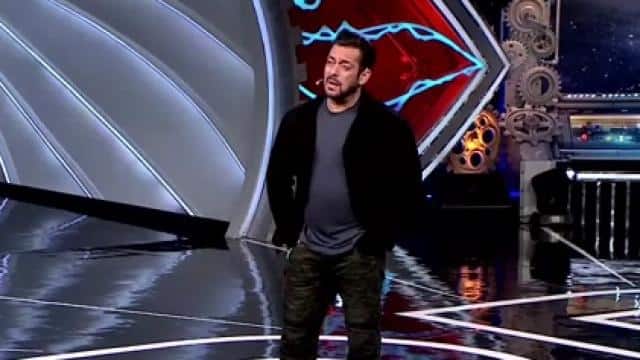 There was a lot of controversy in Bigg Boss this week about nepotism. Rahul Vaidya called Jan Kumar Sanu a nepotism product. Now Salman Khan will put his class on this comment of Rahul in Weekend Ka Vaar. Actually the promo of the show has come out in which Salman asks Rahul, who paid the tuition fees for your singing?

Then he asks Jan, how much space did your father ask for work for you? Jaan says never sir. Salman asks Rahul if your child becomes a singer, he will be called nepotism.

Then Salman says, if my father does anything for me, will he call it nepotism? Whatever will be done will be done, there is no need to bring the issue of nepotism in this platform.

Jan’s mother Rita said in an interview that she is on the show thanks to her work. He described Rahul Vaidya’s statement on life as derogatory. He had said, ‘If Rahul feels that Jaan is the cause of nepotism in the show, then how did both come to the same platform? According to Rahul, if the insider and outsider have a conference, then how did he come to the platform where my son is?

‘Jaan’s father Kumar Sanu has gone to about 23 thousand songs so far, in such a situation, Jan being his son, wanted at least 23 songs from his father’s support, but it did not happen because Jaan achieved whatever he wanted. Has done its own thing. Apart from this, Rita questioned how he had forgotten nepotism when Jan’s song helped him win the task.

Jute farmers are kind to the government, new announcement will benefit 3.7 lakh workers