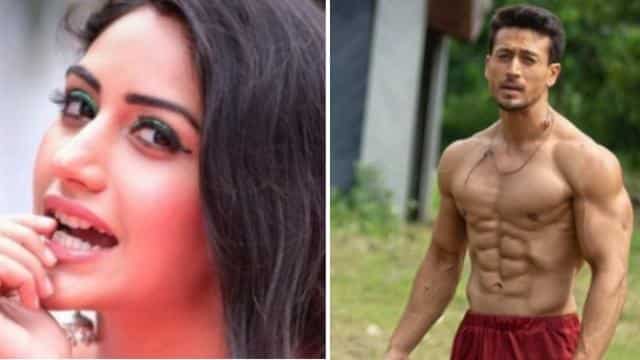 1- Tiger Shroff flaunted the abs and shared shirtless photos, Ranveer Singh enjoyed it, even the fans were not behind

Actor Tiger Shroff is considered the most fit person in the Bollywood industry. From their dance moves to the gym, the ways of doing it are very much discussed among the fans. Due to the applicable lockdown in the country, actors have become quite active on social media. Quality time is also being spread with the family. In such a situation, he has shared a shirtless photo on social media while giving treatment to the fans.

2- ‘Ishqbaaz’ actress Surabhi Chandna said- I was going to be removed from ‘Tarak Mehta Ka Ooltah Chashma’ because of missing the lines.

‘Ishqbaaz’ actress Surabhi Chandna has talked about her TV career. Surabhi says that her career started in the year 2009. He got a small role in the serial ‘Tarak Mehta Ka Ooltah Chashma’. But he was about to be snatched from them for not remembering the lines. That is, the makers were not happy with Surabhi’s work and he was planning to replace her.

Actress Aishwarya Rai was a great Bollywood star as well as a showstopper. Although Aishwarya Rai has kept distance from the big screen for some years, but during her time she had so much work that she could not give time to many projects. She is also less active on social media. Aishwarya is spending quality time with the family due to the lockdown. However, Aishwarya’s fan club remains quite active on social media. His throwback is entertaining fans by sharing photos and videos.

4- ‘Mamu’ this throwback video of Salman Khan with Ahil is going viral, you can also see …

Bollywood actor Salman Khan is a children’s favorite star. Salman Khan’s bonding with sister Arpita’s son Ahil looks tremendous. Salman Khan likes to spend time with Ahil. The bean bag video of Salman Khan and Ahil is becoming quite viral on social media. In this video before the lockdown, you can see Ahil falling over ‘Mamu’ Salman. Ahil is also seen in a very good mood in it.

5- Tarak Mehta’s inverted glasses: When ‘Dayaben’ took out the voice of the man on the phone and enjoyed the ‘Mahila Mandal’, ‘Madhavi Bhide’ told him mischievous

Dayaben aka Disha Wakani of ‘Tarak Mehta Ka Ooltah Chashma’ rules the hearts of the audience. She also takes care of the cast the way she entertains them in the serial. Do not let them get bored on the set. Disha Vakani is quite funny in real life. Recently, a conversation with the Times of India included ‘Mahila Mandal’ of ‘Tarak Mehta Ka Ooltah Chashmah’. In it Jennifer Mistry Banasiwala, Ambika Ranjankar and Sonalika Joshi made several revelations related to Disha Wakani and told how she entertained everyone on the set. He has also performed several pranks with the cast.

Actor Jahnavi Kapoor shared the message given by father Boney Kapoor with the help of Instagram. Actually, the news came that Jahnavi Kapoor’s house help has turned corona positive. Jahnavi Kapoor says that the family is together in this difficult time and he will come out soon. The Kapoor family has decided to be imprisoned in the house for 14 days and all are quarantined.

7- Dia Mirza remembers the days of ‘Miss India Pageant’, said- she started parttime job at the age of 16

Actress Dia Mirza came into discussion with Miss India Pageant in the year 2000, but she says she never believed in the competition.

8- Manish Paul told himself ‘greedy artist’, said- It is my duty to entertain people

Television host and actor Manish Paul calls himself a ‘greedy artist’ as he is unable to choose between hosting and films.

Bollywood actress Anushka Sharma is spending time with husband Virat Kohli in the lockdown. During this, both are leaving no chance to entertain their fans. Now Anushka has shared such a video of Virat, which you will not be able to stop laughing. This video is being liked and shared a lot.

The lockdown has been in force in the country for the last two months due to Corona. From ordinary people to celebs, they are in their homes and spend time with family. Meanwhile, Shahrukh Khan’s darling daughter Suhana Khan is taking an online belly dance class at home. A photo related to this is becoming fiercely viral on social media.

This throwback video of ‘Mamu’ Salman Khan with Ahil is going viral, you can also see …