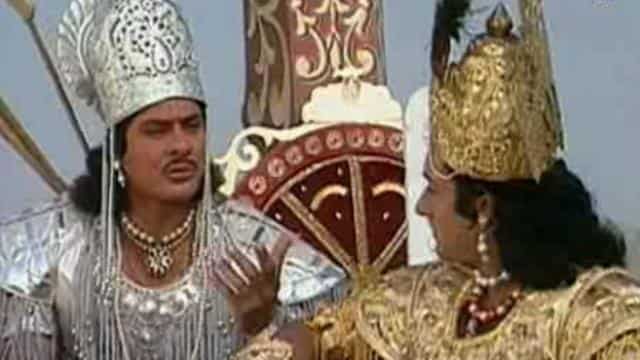 1- Mahabharat: ‘Mahabharat’, a hit on Doordarshan, will be telecast again on this channel

‘Mahabharata’, telecasted on DD Bharati, was loved by the audience. He liked this religious serial quite a lot. Considering the public response, it has been decided to re-air Mahabharata on TV.

These days there is a lockdown in the country due to Corona virus. In such a situation, Bollywood celebs are at home and spending their time on social media. Meanwhile, actress Urvashi Rautela has shared a bedroom photo, which is creating panic on social media. Urvashi’s bold style can be seen in this photo. His style is very much liked by the users.

Actor Ajay Devgn’s film De De Pyar De has completed one year of release. In such a situation, Ajay Devgan has shared a video related to the film on First Anniversary and brings back memories. Let’s tell that in this film, Ajay Devgan was seen romancing with Tabu and Rakulpreet Singh. The film was a romantic-comedy film.

5- Tapsee Pannu’s bad condition, the room’s AC spoke on being spoiled – who should I call to fix it

Actress Taapsee Pannu is spending quality time at home with her family due to the lockdown. And self-isolation in Mumbai. Recently Taapsee shared a video on Instagram, in which she shared a part related to Lockdown Life. In the video you can hear that AC of Taapsee’s room Has spoiled and is leaking.

Shefali Jariwala was seen in Song Kanta Laga. Shefali became popular overnight with this song. Now Shefali has told some things recently about this song.

Jasleen Matharu has found Mr. Right for herself. Actually, Anoop Jalota has made Jasleen talk to a surgeon in Bhopal. The two have just met virtually. During an interview to Times of India, Jasleen said, Anoop ji told me that there is a doctor who has separated from his wife only last year. But due to the lockdown, the matter could not proceed further.

Bollywood actor Satyajit Dubey’s mother has got corona virus. He had fever and body ache for a few days after which he was taken to the hospital where the doctor advised him to do corona test. The test reported positive. Satyajit himself has given this information through social media.

9- When Asha Bhosle told Helen, I was a boy and would run away with you

Asha Bhosle said about Helen, she was so beautiful that as soon as she came in the room, I used to stop singing and start seeing them. Not only that, I used to request them not to come there when I am recording. Not only this, Asha once told Helen that if she was a boy, she would have run away with them.

10- Can not go out for party, then Amisha Patel is wearing short dress at home

All the celebs are locked in the house due to the corona virus. However, he still keeps posting something fun to entertain the fans. Now recently Amisha Patel has shared a video of her. In the video, you will see that Ameesha is wearing a black color short dress and is doing makeup.

People playing a lot of online games in lockdown, 238% jump in Facebook gaming