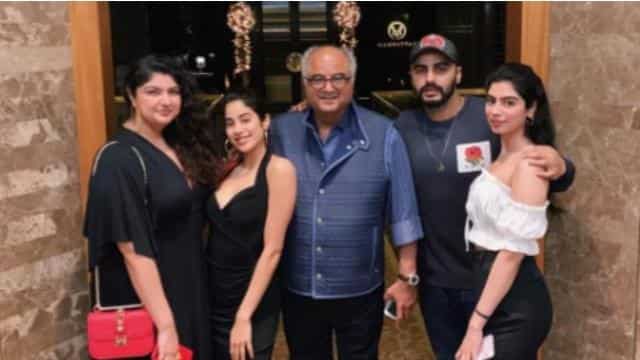 The case of Corona has come out in the house of Bollywood film producer Boney Kapoor. Actually, one of his house help has turned out to be Corona positive. Boney Kapoor says that house help Charan Sahu (23) lives with us in Green Acres, Lokhandwala Complex, Andheri, Mumbai along with Mere, Jahnavi Kapoor and Khushi Kapoor.

The source said that due to a deteriorating health on 16 May, Boney Kapoor immediately sent him to the hospital for a test and kept him in isolation since then. After the test report came back positive, Boney Kapoor informed the Society Admin and BMC. The BMC and the state government together planned to send Charan to a quarantine center.

Boney Kapoor says that I, my children and the rest of the staff at home are fine. And none of us see the signs of Corona. Rather, none of us have ventured out of the house since the lockdown began. I want to thank the Government of Maharashtra and BMC for helping us. We are following the guidelines given by the medical team and BMC. Charan will soon recover and return home and be with us.

Let us tell you that earlier a house help of Farah Khan Ali, sister of Suzanne Khan, has also been found corona infected. He is currently in Quarantine.

Fan asked Akshay Kumar- Sir, how is your daughter? The actor said- Nitara is good, in the morning she has beat me in a bicycle race