Businessmen of India ready to give a blow of 40 thousand crores to China on Diwali, know how 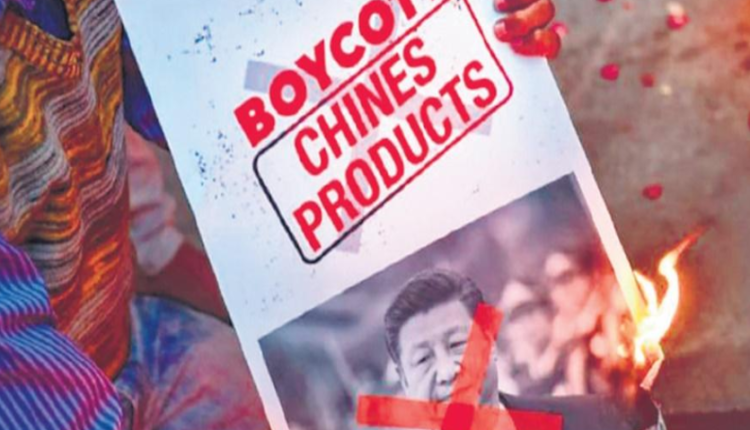 new Delhi . To celebrate Desh Bar Diwali for Hindustani Diwali, the Confederation of All India Traders (CAT) has completed extensive preparations to take the call of the Confederation of All India Traders CAIT to every corner of the country through which under the banner of CAT The merchant class of the country is fully ready to give a big blow of about 40 thousand crore 40 thousand crores to the Chinese Chinese festive business on this year’s Diwali festival season. This campaign of CAT is getting wide support from all over the country, where traders have compiled not to sell Chinese goods.

Merchants to be made brand ambassadors for Vocal for Local – CAT

Indian businessmen are angry about China-
CAT’s National General Secretary Praveen Khandelwal said that about 70 thousand crore rupees are traded in India every year during the Diwali festival season which includes expensive retail trade like gold, silver, automobiles. In this 70 thousand crore business, goods worth about 40 thousand crore rupees are imported from China in the past years. But in the month of June this year, due to the way in which China has killed 20 Indian soldiers mercilessly, there is a great anger and resentment towards China in all sections of the country and due to which people should sit without making the purchase of Chinese goods. Huh.

More emphasis on self-reliant India
As an alternative to Chinese goods, CAT has encouraged small-scale industries across the country to grow more products, on the other hand, in every city of the country, there are artisans, artisans and people who have art skills but Is not the means. At the same time, this attempt of CAT will truly show the vocal and self-reliant India in reality on Prime Minister Modi’s local, through which China will be taught a lesson by giving a blow of business of 40 thousand crores.

PM Modi’s bang scheme, you will get two lakh rupees every month for depositing only one rupee