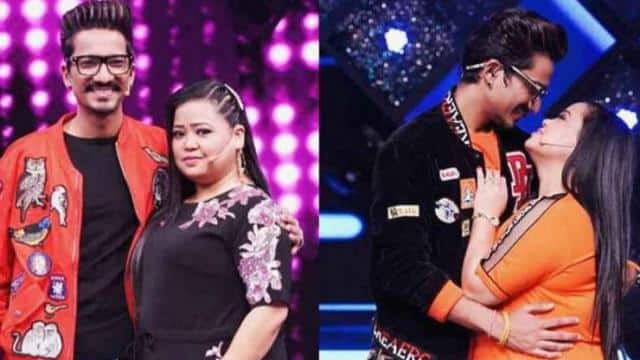 Comedian Bharti Singh has promised her fans that she will welcome the first baby in the year 2021. Please tell that Bharti Singh is currently hosting the TV dance reality show ‘India’s Best Dancer’. Her husband Harsh Limbachiya is also seen with them. Recently, choreographer Farah Khan came on the show as a guest, which Bharti has promised her. Also gave good news to the fans.

Bharti Singh and Harsh Limbachiya perform a romantic dance, after which Bharti says that Harsha’s mother has entrusted her to me. Before getting up in the morning, I manage all the things of happiness, I try. Harsha says that Bharti plays the role of both my wife and mother. After this, Bharti is seen telling fans on National TV that I have just held Harsha’s dummy (fake effigy) in my hand. This baby is fake, but real baby will do well in 2021.

Harsh says that if we become the host in the next season of this show, then maybe take Baby in hand and host it. Bharti says that I don’t know if I am hosting this show when I am expecting. Apart from this, Bharti and Harsh expressed their wish that our first baby should be a girl.