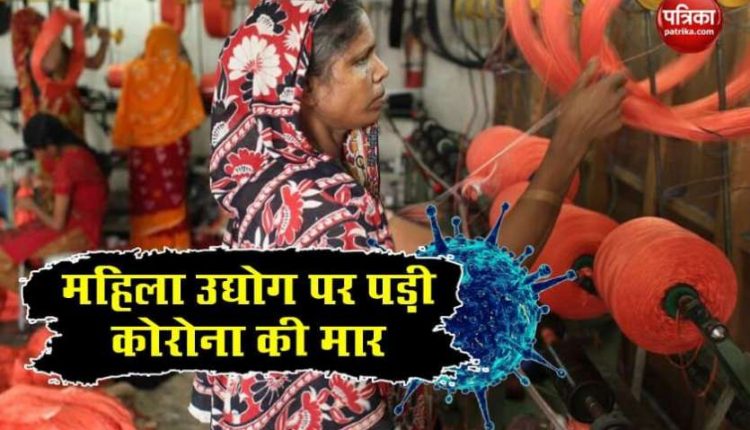 new Delhi. The country’s economy has suffered a lot during the Coronavirus Pandemic. Due to the lockdown, the business was completely stalled due to the closure of shops and factories for a long time. Things are improving with time, but so far the vehicle has not been fully back on track. These days, women entrepreneurs have suffered the most (Entreprenuur). Because most of the women used to collect their deposits and run the cottage industry, but their work has become stagnant since the lockdown. This has also been confirmed in a survey.

A survey conducted in collaboration with the Global Alliance for Mass Entrepreneurship and Kreya University’s lead organization (Non-Profit Research Organization) found that about 43% of women-run enterprises suffered the most during the Corona period. During this time, he has gained less than 10,000 every month. Since the product made on behalf of women is already sold in the market with very little margin. In such a situation, due to the low sales in lockdown, their profit has reduced greatly. The condition of many is such that it is very difficult to get their cost.

The survey was started by the institution in May 2020. In this, he studied data of about 1,800 industries between July and August. This included Delhi, Haryana, Punjab, Uttar Pradesh, Tamil Nadu, Gujarat, Maharashtra and Rajasthan. This survey will be continued till January 2021 so that the situation can become more clear.

Raised his own money
The survey also found that small industries became difficult to run as sales were affected. In this case two-thirds of the women used their saved money to continue the business. The women believed that they had to take this step due to increasing expenses and giving salary to the employees.

Runs business on her own without cooperation
The government runs several schemes to promote women for self-employment. Under which they are provided loans and other financial assistance at reasonable rates. Apart from this, many other institutions also help in this privately. But about 40% of the industries run by the women themselves without any help, while 18% of the men run such industries.

LIC Scheme: Now worry about rupees in daughter’s wedding, get 27 lakhs daily from savings of 121 rupees

Bigg Boss 14: Pavitra Punia breaks silence on claims of marriage and cheating with Sumit Maheshwari, said- I am in the memory of Ejaz Khan