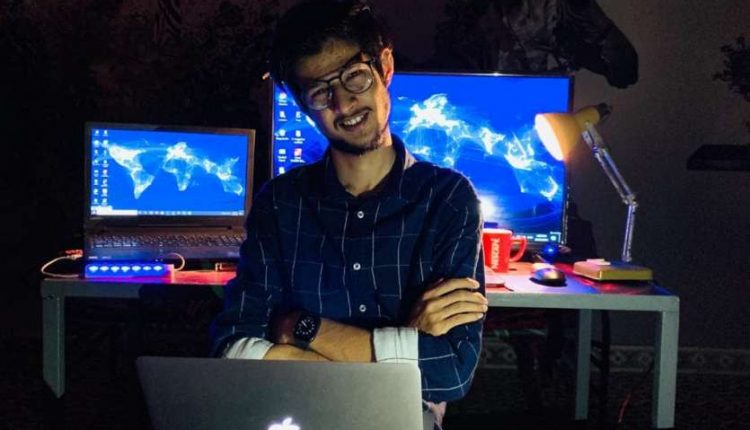 New Delhi. Today is the era of digital media. It has gained a lot of boost in the Corona period. The new generation spends most of its time on smartphones and computers. Some of them are making their own distinct identity. One of them is Dhumil Soni, a resident of Vadodara, Gujarat. This youth of Gujarat is showing their Jauhar in many fields including politics and cinema with the help of digital technology.

Due to the Corona epidemic, people have had to face trouble overnight. There is still a lockdown in many states. The house of most people has become an office. Meanwhile, digital media has emerged as a way for people to entertain, work and innovate. In view of this, Dhramil further strengthened his hands on digital technology. Today he is a young digital entrepreneur. He is informing people about their identity on Facebook and Instagram. They are also talking about the proper use of the portal.

Dharmil Sony, who became an entrepreneur at the age of 17, started his first startup Pixatronics in 2016. He has led many film stars and politics campaigns. He is well aware that if one party wants to win then it is necessary to make contact with people through digital media. He says that in the era of WhatsApp and Facebook, people of every category are running mobiles. In such a situation, people will have to connect digitally rather than TV and radio. He also plays the role of Political Advisor. He has a verified account on Facebook and Instagram.

Let me tell you that he has also entered the Gujarati Entertainment Industry as a young producer. He has also got success in this. In this phase of the epidemic, he has taken the initiative to praise Maa Jagadamba. It touched the hearts of people in Navratri. His garba special project Avi Navaratri got settled in the minds of the people. On the song sung by Khushi Shah and Dhruvin Shah, people thronged the Garba festival. He said that he has also done Afra-Tafri movie and political campaign of leaders in Gujarat elections.

Government prepares to give ‘oxygen’ to economy, relief package will be available soon

Petrol Diesel Price Today: Petrol reaches near Rs 100 in metropolitan Mumbai, know how much the price in Delhi, Kolkata