Dia Mirza clarified after getting name in drugs case, said- I have never taken drugs, damage done to career created over the years 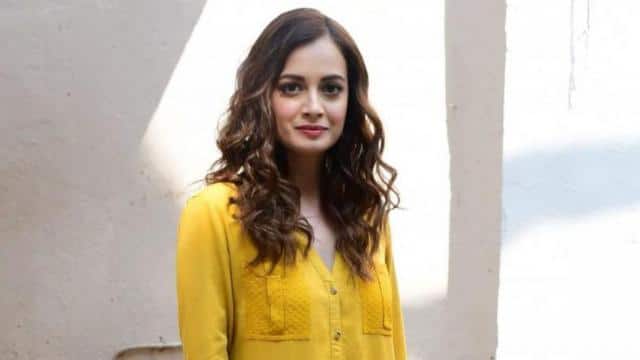 Bollywood actress Dia Mirza has issued a statement on Tuesday after the names surfaced in the drugs case. The actress claimed to never take drugs in her life and said that such news is damaging her career. Apart from this, he also pointed to take legal action in the case.

Dia Mirza tweeted, “I refute this type of news because it is wrong and baseless.” This kind of extravagant reporting is having a direct impact on my reputation. This is hurting my career, which I have made through years of hard work. ”

Dia Mirza further wrote, “Never in my life have I ever consumed or consumed any kind of narcotic or contraceptive substances.” As a citizen of India, I intend to use all legal measures. Thank you to my supporters for standing with me. ”

1) I would like to strongly refute and categorically deny this news as being false, baseless and with mala fide intentions. – Continued

2) Such frivolous reporting has a direct impact on my reputation being besmirched and is causing damage to my career which I have painstakingly built with years of hard work. – Continued

3) I have never procured or consumed any narcotic or contraband substances of any form in my life. I intend to pursue the full extent of legal remedies available to me as a law abiding citizen of India. Thanks to my supporters for standing by me.

Jaya Saha had a talk with Sushant Singh Rajput on June 5 about the film project, said – the actor was not feeling well

In fact, Dia Mirza’s name appeared in several reports in the drugs case. India Today claimed in its report that Dia Mirza’s name was mentioned during the interrogation of drug peddlers Anuj Keswani and Ankush. Reports claimed that drugs were delivered to him through Diya’s manager. At the same time, the manger of the actress can be called for questioning in the coming days. Dia Mirza may also face NCB interrogation.

Earlier on Monday, Deepika Padukone and her manager Karishma Prakash were named in the drugs case. His WhatsApp chat about drugs went viral. According to the news agency ‘Bhasha’, the top official of NCB said that summons have been sent to Karishma Prakash and Dhruv. This step has been taken only after the WhatsApp chat of the two surfaced. Hint was found from the chat that these two could be involved in drug dealing. Apart from this, the official said that NCB could also call actress Rakul Preet Singh, Sara Ali Khan and designer Simon Khambata this week.

Kisan Credit Card: Farmers loans will be available at a rate of only 4 percent, do this work for the application

Know who stole Kangana Ranaut’s heart, said – why does no one say anything to this boy