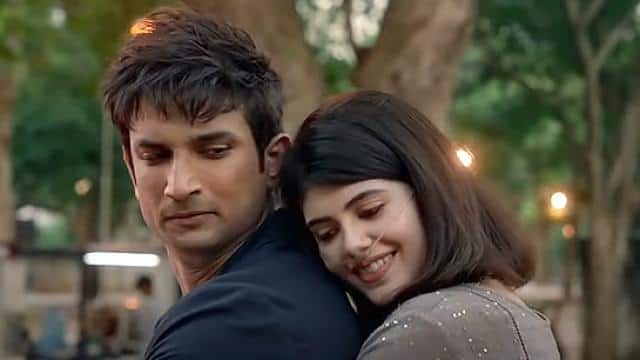 Sushant Singh Rajput’s last film Dil Bechara has been released. Fans were eagerly waiting for this film. Fans wanted the film to be released at the theater, but all theaters were closed due to the corona virus and that is why the film was released on the OTT platform. The special thing is that no one should take a subscription to Hotstar to watch the film. Non-subscribers will also be able to watch this film for free.

The story of the film begins with Keiji Basu (Sanjana Sanghi) who suffers from cancer. She lives her life with medicines and sorrows, but only then does Manny (Sushant Singh Rajput) enter her life. Keiji’s life changes after Manny’s arrival. Manny tries to fulfill Keiji’s every dream. All is going well between the two that only then something happens after which there is a turn in the story. Now what is that turn, you have to watch the film.

Sushant’s fans, who were saddened by his demise, would be happy to see Sushant on screen as in his last film, Sushant taught him a lot of life lessons. Sushant played Manny’s character very well as if this character was made just for him. Sushant’s expressions, dialog delivery are all perfect.

At the same time, Sanjana Sanghi playing the role of Keiji has also given excellent performance. Sanjana has given her best in every scene. At the same time, Swastika Mukherjee and Saswata Chatterjee, playing the role of Keiji’s mother and father, also played their part well. Saif Ali Khan has done a cameo in the film. Even though he came on screen for only a few minutes, he left his mark in those few minutes.

Mukesh Chhabra has made his debut as a director through this film and will have to admit that Mukesh has done a very good job according to the first film. He has shown this short and sweet story well on screen. Some of the dialogues of the film are very good.

You should watch this film for Sushant and Sanjana’s excellent acting as well as the lessons Sushant has learned about life.