Dilip Kumar, wife of 98 years, Saira Banu told how she will celebrate the birthday of Tragedy King 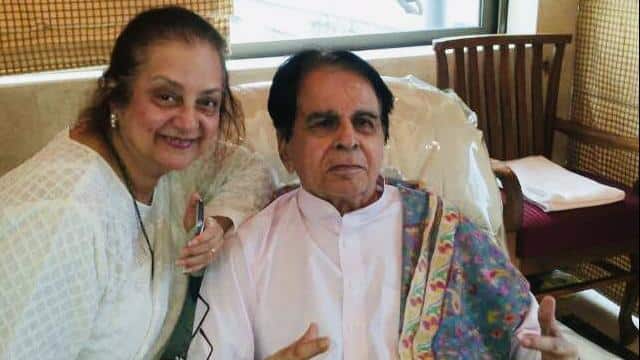 The veteran actor of his era, Dilip Kumar, turned 98 today. Dileep Kumar’s wife Saira Banu has been planning a birthday for him every year, but this time she has refused to celebrate any big celebrations. He said that due to Corona crisis, there will be no big celebration this year as the Corona crisis is still going on. Apart from this, Dilip Kumar’s brothers Ahsan and Aslam have also died recently. Saira Banu while talking to the Times of India said, ‘We did not celebrate Eid. Neither did Diwali or any other festival.

The reason for this was that we had to lose many people due to Corona this year. Apart from this, there have also been two tragedies in the family. Dilip Kumar Saheb’s younger brothers Ahsan and Aslam have died recently. So this year we are going to do a small event on the birthday of Dilip Kumar. Family and few friends will remain in this birthday celebration. Dilip Kumar’s film Ganga Jamuna has recently completed 50 years.

Which #DilipKumar movies have you watched in 2020.
Reply below. -FF pic.twitter.com/AUUEl2ITUV

Sharing the memories of Ganga Jamuna, Share Bano said that this film has been very special for both of us. Shaira Bano recalled the release of ‘Ganga Jamuna’, saying it was Dilip Kumar’s own project. Many people said that its story will not work. Even after this, he continued to maintain his faith. He went ahead and got success.

Shaira Bano said, ‘Every scene of Ganga Jamuna has been special to me. How many times can I watch this film as well. I do not want to leave a single scene of it. While watching the film, I say that this scene is better, it is good. Every scene is perfect in itself. Shaira Bano said that you can also understand about this film that actors like Amitabh Bachchan and Kamal Haasan are also part of the fan club of this movie.

After the controversy over the name of Taimur, we have not thought of another child’s name in advance, will surprise: Kareena Kapoor