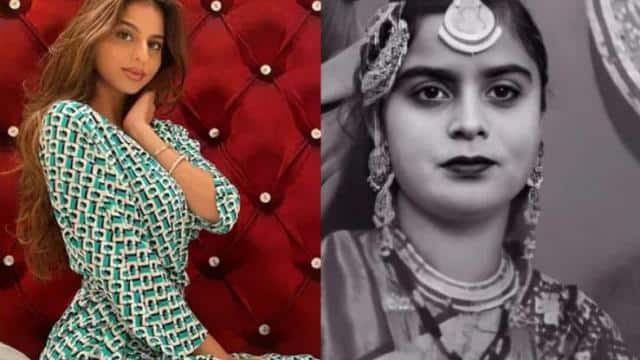 Bollywood actor Shah Rukh Khan and Gauri Khan’s darling daughter Suhana Khan remains very active on social media. For some reason or other, she stays in the headlines. Be it their Instagram posts or the experience of watching live matches with brothers and father in IPL, fans are crazy about them. Recently fans compared Suhana Khan’s looks to her grandmother Latif Fatima Khan’s. One fan wrote, “Yes, perfect.” Another fan wrote, “Just like grandmother.” Earlier Suhana Khan shared a glamorous photo of her, in which she was seen wearing a dress of mother Gauri Khan. Suhana himself gave information about this. In fact, one of Suhana’s friends commented, ‘I want this dress.’ Suhana replied on the friend’s comment, ‘This is my mother’s dress.’

Kiara Advani danced barefoot on the ‘Burj Khalifa’ song on the hot sand, shared the experience

Let us know that recently on Suhana’s photos, some users had made lewd comments about her color. Suhana gave a befitting reply to the trolls. He shared screenshots of some comments with his photo on Instagram, calling him black and ugly.

LPG cylinder insurance provides insurance for 50 lakh rupees, know what are the rules