Due to farmer agitation, the price of fruits and vegetables may increase in Delhi, this may be the price 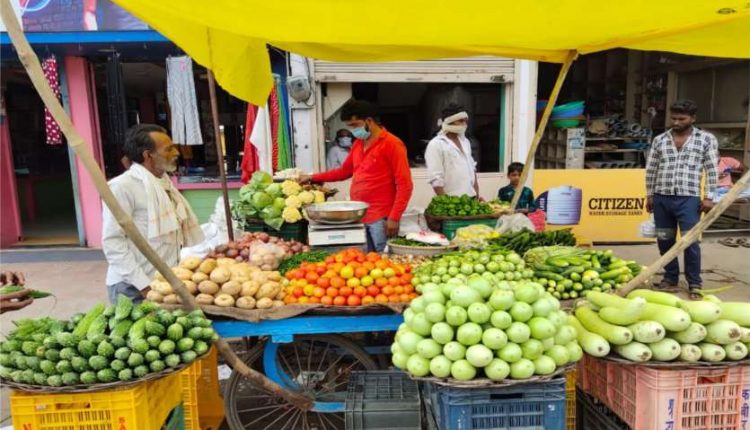 new Delhi. Due to the farmers’ movement, the arrival of fruits and vegetables from Punjab, Haryana, Himachal Pradesh and Jammu and Kashmir has decreased in Delhi, the capital of the country. Due to decreasing inward arrivals of fruits and vegetables, prices of fruits may continue to increase in other parts of North India including Delhi-NCR. The protesters had earlier blocked only three roadways entering Delhi, but on Wednesday some other routes including the Chilla Border located at Noida Link Road were also blocked.

Also read: Corona vaccine is going to be started from next week, this country has given approval

GT Road Closed
Businessmen said that trucks loaded with vegetables and fruits are coming inside Delhi from whatever route the truck drivers get open at night, so despite the closure of GT Road, the main road to North India in the National Capital Region for a week Fruits and vegetables are coming in, but it has definitely come down.

Incoming reduced by 50 percent
President of Azadpur Mandi Chamber of Fruit and Vegetables Association MR Kripalani said that the arrival of many fruits and vegetables has come down by 50%. He said that the prices of vegetables would have fallen significantly by now, but instead of declining due to farmer movement, the prices of many vegetables and fruits have increased.

Also read: What happened to Tata Motors and Bajaj sales, Hyundai, Escorts along with other companies

Potato onion prices fall
Rajendra Sharma, businessman of Azadpur mandi and general secretary of Potato and Onion Merchant Association, said that the arrival of potato in Delhi is currently from Himachal and Punjab, while onion is coming in from Rajasthan, but due to the farmers’ movement, it is affected. The fall in prices is not as much as it should come, but the wholesale prices of potatoes and onions have come down after Diwali.

Also read: Shock to the government, manufacturing sector falls below a decade high

Wholesale prices of vegetables
On Wednesday, wholesale price of onion was Rs 10 to 35 rupees, Rs 16 to 36 rupees of potatoes and Rs 6 to 34 rupees per kg of tomato in Azadpur mandi. However, in Delhi-NCR, the retail price of potato and tomato was above Rs 50 per kg respectively, while that of onion was Rs 60 per kg. Traders fear that if other routes entering Delhi were also blocked due to farmer agitation, the prices of vegetables and fruits may increase in the coming days.