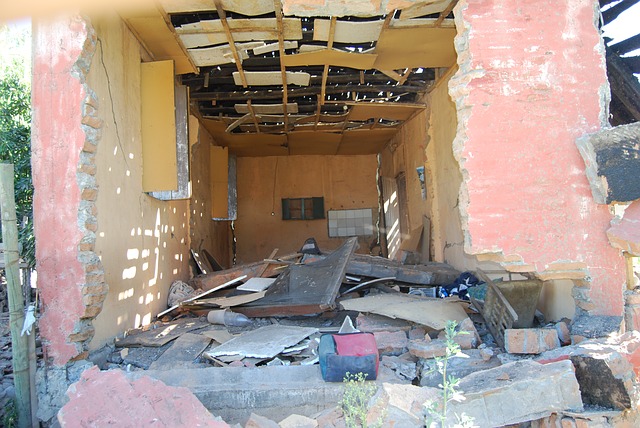 A 6.8 magnitude earthquake jolted the entire north-eastern region of the country during the wee hours of Monday. As revealed by the MET department, Tamenglong district of Manipur was the epicentre of the earthquake which injured nearly 200 people in the region. Also, nine people lost their lives due to the tremors.

As the earthquake occurred around 4:35 AM, it left many people injured as they were asleep, while others rushed on to the streets. It also caused panic among people in the nearby areas like Bangladesh and Nepal. Roofs of many houses collapsed while cracks in many walls were also noticed. The witnesses of the earthquake have tagged it as “the biggest earthquake of Imphal”.

Army and National Disaster Rescue Force (NDRF) have also been deployed to carry on the rescue work. Prime Minister Narendra Modi is also examining the situation in the earthquake zone and has been posting about it through a series of tweets:

“Spoke to Rajnath ji, who is in Assam, on the situation arising due to the earthquake & asked him to oversee the case.”

“Had a telephone conversation with Assam CM Shri Tarun Gogoi on the earthquake in the state & the region.”

“Spoke to Arunachal Pradesh CM Shri Nabam Tuki on the situation arising in the wake of the earthquake.”

“Manipur CM Shri Okram Ibobi Singh and I had a telephone conversation. We discussed the post-earthquake situation in Manipur & Northeast.”

Home Minister Rajnath Singh has also been tweeting about the latest happenings in quake-hit areas. He wrote, “Spoke to MoS Home Shri @KirenRijiju who is in Arunachal Pradesh. He will reach Imphal this afternoon to monitor the situation from Manipur.”

The effects of the earthquake were also experienced in other cities including Manipur, Bihar, Jharkhand, Assam, Odisha and West Bengal.

FACEBOOK’S SAFETY CHECK
Facebook also activated its Safety Check feature post the earthquake. Mark Zuckerberg wrote, “A major earthquake just struck northeastern India, and we’ve enabled Safety Check to help people in the area let friends and family know they’re safe.”
He also added, “Tremors were also felt in Bangladesh, Myanmar and Nepal. If you appear to be nearby, we’ll send you a notification to access Safety Check so you can share that you’re safe and see that people you care about are safe as well. My thoughts are with everyone in the affected areas. May you and your loved ones stay safe and healthy.”