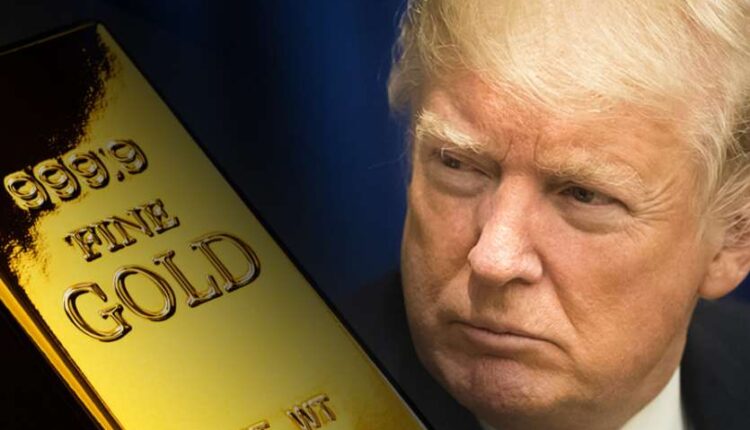 new Delhi. There is a big festival of Deepawali in India. Buying gold on such an occasion is considered auspicious. At present, the price of gold is fluctuating. The reason for this is the US presidential election. According to experts, if the Donald wins or loses in the US elections, there will be a rise in the price of gold. There are many reasons behind this. In such a situation, if anyone wants to buy gold or invest before the election, this is the right opportunity. Let us also tell you what the expert has to say about this. The price of gold won or lost trumps will increase
Ajay Kedia, director of Kedia Advisory, says that till Diwali, the price of gold will depend on the election and its results in the US and the speech of the new president after that, but one thing is sure whether the US President who becomes Biden or Donald Trump gold There is a possibility of seeing a rise in the price of. He explained the reason behind this and said that Donald Trump is an equity lover, but currently equity is at a high. In such a situation, profit booking will increase after Trump wins, which will be seen in gold. If Trump loses those who win bids, the stock market is likely to crash, then investors will turn to gold again. In such a situation, the price of gold can be seen in both the cases. Trump and Controversy have old ties
According to Kedia, if the trumps win, which is expected more, then once again they will catch the controversion and trump. As we have seen throughout his tenure. Since 2016, when they have been messing with China and Iran, the price of gold has seen a rise since then. In such a situation, again one can expect that the price of gold can be seen again due to Trump’s statements and decision. No effect of vaccine arrival
Kedia has said that even though US President Trump has announced to bring the vaccine by December, it depends on whether he wins or not. Even if they win and the American vaccine arrives in December, it will not have the same effect as the Russian vaccine. Yes, you can see some softening. But not so much. In such a situation, it is useless to think that the price of gold coming in the vaccine may be seen to fall more. This is the time to invest in gold
If Ajay Kedia believes, now is the right chance to buy gold before Deepawali. Currently gold is trading in the realm. After the results of the US elections, the price of gold can see a rise of 3 to 5 percent. Let us tell you that the price of gold can be seen in the current time. The futures market is trading at Rs 50,474 per ten grams with a gain of Rs 192 at 11.10 am. While talking about silver, there is a gain of Rs 185, due to which prices are trading at Rs 60,357 per kg.

Why this world’s largest oil company became necessary for India