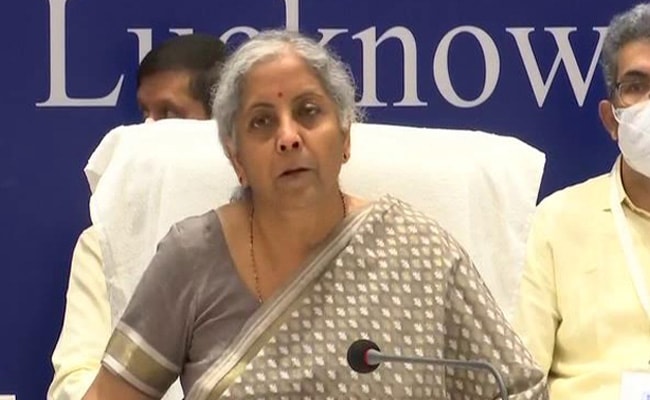 He said that we have extended the GST concessions on Corona related medicines till December 31, 2021. Earlier, exemptions on these medicines were valid till September 30, 2021. GST on cancer related drugs has been reduced from 12% to 5%. Retrofitment kits for differently-abled will now attract 5% GST.

Nirmala Sitharaman said that there is a lot of speculation in the media on whether petroleum products will be brought under the purview of GST. Let me make it completely clear that this is on the agenda for today purely because of the order of the Kerala High Court. The court had earlier suggested placing the matter before the GST Council. He said that the GST Council is of the view that this is not the time to bring petroleum products under the ambit of Goods and Services Tax.

Pens will attract GST at a single rate of 18 per cent, while specific renewable energy equipment will attract a Goods and Services Tax of 12 per cent. The GST Council has reduced the tax rate on drugs used in the treatment of cancer from 12 percent to five percent.

Sitharaman said that the GST on bio-diesel has been reduced from 12% to 5%. Training programs in which the government spends 75%, such programs have been kept out of GST.

Planning to invest in Bitcoins in India? Know everything about Digital Coin..