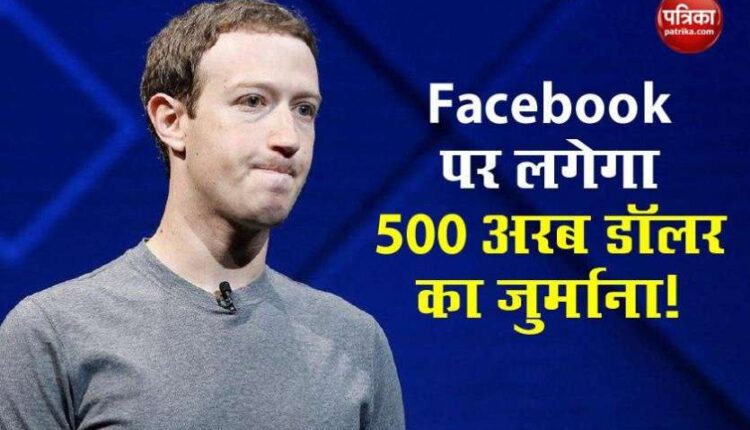 new Delhi. Facebook can be fined up to $ 500 billion for collecting biometric data collection in the US on Facebook. A lawsuit has been filed on Facebook in the US, claiming that their biometric data has been collected by Facebook’s subsidiary Instagram (Instagram) without users’ permission. According to foreign media reports, the lawsuit has been filed in California-based Redwood City court on Monday.

Instagram has been accused
Instaram is accused of using facial recognition technology to identify people through photo-tagging tools. Instagram has also admitted that the company was using this feature, but the company says that they have given special protection to the data and the company has taken such data from them only after the users’ permission.

10 crore data collected
The lawsuit filed shows Instagram alleging that the company automatically (automatically) scans people’s faces. During this time the faces of those people have also been scanned, which were seen in someone else’s Instagram account. The lawsuit states that in such a situation, Instagram also has data of people who do not believe in the platform platforms of the company. During this period, data of 100 million people have been collected, stored and used to make profits.

Facebook said, the lawsuit baseless
In a statement to foreign media, a Facebook spokesperson said that the lawsuit is baseless and that Instagram does not use the face recognition services offered on Facebook. This is not the first time a lawsuit has been filed on Facebook for collecting data through facial recognition. Last month, Facebook paid $ 650 million to settle a lawsuit. In this case, the company was accused of violating the data collection rules of the US State Illinois.