Father Santokh Singh is angry with Shahnaz Gill, said – Swear I will not talk for a lifetime 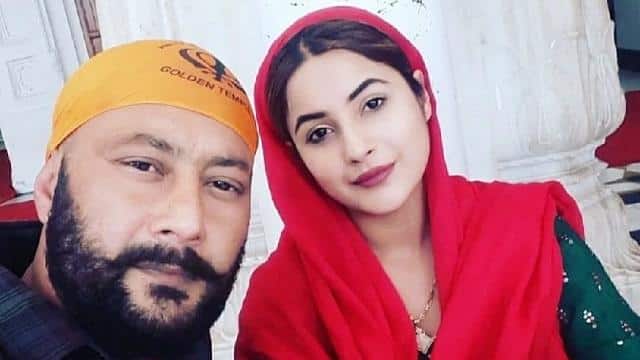 Shahnaz Gill and Siddharth Shukla recently arrived in Chandigarh to shoot their new song. Shehnaz’s house is just 2 km from Chandigarh but still she did not go to meet her parents. Shahnaz’s father Santokh Singh is very angry with this. He says he came to know from media reports that he is in Chandigarh. Santokh Singh says that he will never talk to them.

Actually, in an interview Santokh Singh said, ‘Shehnaz came to Chandigarh to shoot, but still she did not come home to meet us. Our house is just 2 kilometers from Chandigarh. I came to know from media reports that she has come to shoot. He did not even tell himself. If his grandfather had undergone a knee surgery recently, he would have at least come to meet him.

Santokh Singh further said, ‘I do not even have the number of Shahnaz’s manager so that I can reach Shahnaz. I have vowed now that I will not talk to him for life.

Shehnaz had said this about his engagement

A few days ago, Shahnaz came live on Instagram with singer Arjun Kanungo. During this, Arjun asks Shahnaz when are you getting engaged? Shehnaz says, Mary? I will not be my friend Where is my luck Arjun starts laughing after listening to Shahnaz. Both have a lot of fun during the live session. Let me tell you that Shahnaaz and Arjun’s song ‘Vaada Hai’ has been released recently. The song showed tremendous chemistry between Arjan and Shahnaz.

Shehnaz told in an interview that she is following Bigg Boss 14. Shehnaz had said that it does not matter how sweet and nice a person is trying to be. The concept of Big Boss is such that he brings out the real personality of a human being. Shahnaz feels that Bigg Boss also tests the ability and patience of humans.

Shahnaz had said, ‘Whatever these contestants are doing in the Bigg Boss house, they seem very confused. He has no point of view. “Speaking of his season, Shahnaz said,” Whatever has been in our season from the first week to the last week. Everyone has given their best. Whereas this season’s contestants don’t want to do anything. “