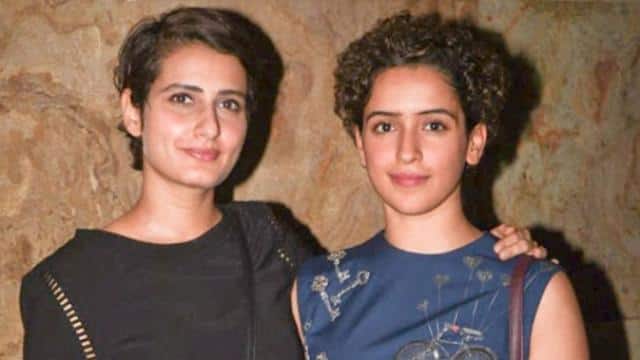 Bollywood actress Fatima Sana Sheikh and Sanya Malhotra have worked together in the film Dangal. Both played the role of a sister in the film. Although offscreen both are good friends. The two keep partying together. But for the past few days, the news of the linkup of the two shocked everyone. There are reports that both are dating each other. Now Fatima has given her reaction to these news.

In an interview to Filmfare, Fatima said, ‘I don’t know where the rumor started coming from suddenly that I and Sanya are dating each other. We are just good friends. But I told Sanya that we should accept the relationship rumor to see the reaction of the people ‘.

When asked about Fatima’s reaction to her parents about these news, she said, “They did not know about these reports.” But yes my parents think differently ‘.

During this interview, Fatima told that she cried a lot when she came to know that Shahrukh was married. Let me tell you that Fatima worked with Shahrukh in the film One Two Ka Four in the year 2001.

Fatima said, ‘I came to know one day that Shah Rukh got married and my heart was broken. I cried a lot that day. At that time I felt like I had a breakup. I really felt bad ‘.

Kangana Ranaut’s sensational claim, Mahesh Bhatt was about to beat me after rejecting the film