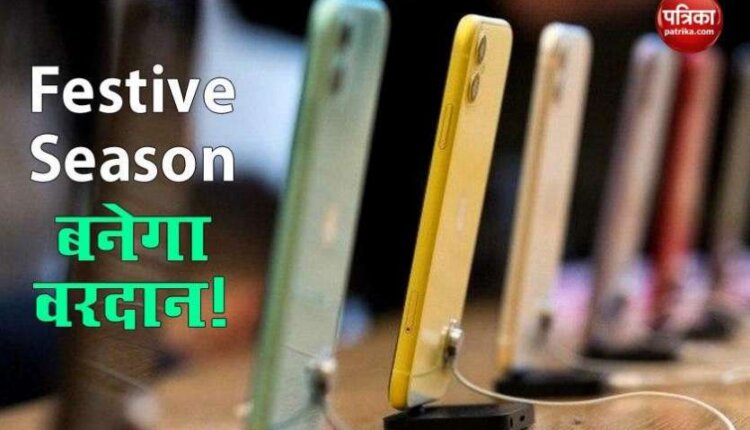 new Delhi. The third quarter of India’s financial year is named after the Smartphone Market in Festive Season. During this time, big festivals are celebrated in the country. There are many festivals like Dussehra, Deepawali, Karvachauth, Navratri, Bhaiya Dooj, Christmas, when the people of the country do not hesitate to spend money from their money. The present corona has been lost. Now all the sectors have high expectations from the third quarter. Especially the Smartphone Market of the country. It is expected that the second half of the year of the country’s Smartphone market can recover up to 40%. In which the biggest significant contribution will be in the third quarter of the financial year.

Signs of recovery of 40 percent
India’s smartphone market is now signaling a revival due to supply chain disruptions and reduced domestic production. It is expected that in the second half of the financial year, there may be more than 40% recovery in the smartphone market. According to CMR’s India Mobile Handset Market Review Report, the mobile market will see improvement in the middle of the third quarter, starting with online sales in the festive season. The smartphone market is expected to be back on track in the coming festive season.

Also read: 24 states of the country will get the facility of cheap food grains, know which states have their respective names

Preparation for 5G smartphone
During this time, smartphone brands will focus more on the delivery model while showcasing their consumer centric propositions. Apart from this, companies will also focus on launching 5-G smartphones. CMR estimates that the Indian smartphone market is pointing to better performance in the second quarter of 2020, with the market expecting a recovery of over 40 per cent compared to the first half.

Business will be strong
According to Amit Sharma, manager-industry intelligence group of CMR, the second quarter of 2020 was a loss quarter due to the corona virus epidemic. The mobile handset industry has faced many challenges regarding their supply and demand. The industry is poised for possible improvements in the coming months. Initial consumer demand in the unlock phase has been seen primarily through online channels. Sharma said, facing the epidemic, smartphone brands have introduced innovative hyper local delivery models, some of which have the potential to gain strength.