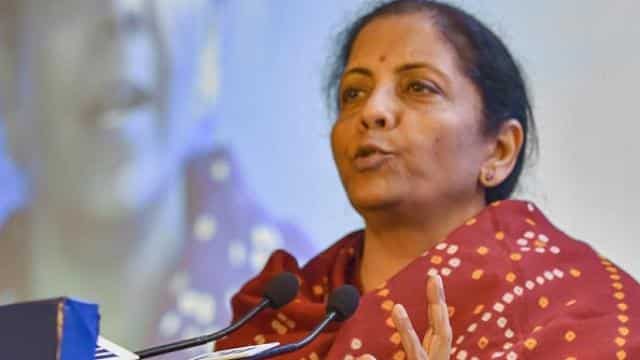 Finance Minister Nirmala Sitharaman gave detailed information about the fourth phase of the economic package announced by Prime Minister Narendra Modi. Finance Minister Nirmala Sitharaman said that today, economic reforms that increase growth and investment will be announced. Addressing the media about the announcement, it has been said that six airports in the country will be developed through the Public Private Partnership (PPP) model.

The Finance Minister said that India will become the hub of aircraft maintenance, repair and overhaul. For this, the tax system will be made in advance and rationalized. Repair and airframe maintenance of aircraft components will be increased from Rs 800 crore to Rs 2000 crore in 3 years. A tariff policy will be issued with reforms, taking care of consumer rights, industry promotion and sustainability of this field.

The Finance Minister said that to bring self-sufficiency in defense production, it is necessary to emphasize on Make in India. India has taken many steps in this direction. The arms list will be notified and imports will be banned. Year after year, the production of arms in India will be increased and the parts which have to be imported will also be produced in the country. A separate budget will be given for this.

This will cost defense imports and benefit companies that make weapons for the military in India. The Ordinance Factory Organization will be incorporated. The Finance Minister emphasized that it would be incorporated, not privatized, to improve functioning. It will be listed on the stock market. Common people will be able to buy its shares. The FDI limit in defense production is being raised from 49% to 74%.

Only 60% of the airspace is for civilian aircraft. So they have to take longer routes and fuel costs more. This will be simplified so that the aircraft will be reduced in time and their expenses will be saved. This will cut the civil aviation sector by one thousand crore rupees. This will also benefit the environment. Facilities will be expanded at airports. The Airport Authority of India has given for maintenance on 3 airport PPP models. 6 more such airports have been identified and will be handed over to the private sector through auction. In the first and second phase, the private sector will invest Rs 13 thousand crore in 12 airports.

Finance Minister Nirmala Sitharaman said that the Indian space sector is also being opened for the private sector. They too will be made partners in this field. Private companies will also have equal rights. She will also be able to launch satellite. Private sector companies will be given the opportunity to use ISRO facilities. In the future, the private sector will be invited to search for planets or travel to other planets.

What is PPP model?

Under Public Private Partnership (PPP), the government executes its projects with private companies. Many highways of the country are built on this model. It is an agreement by which funds are made for the development of any public service or infrastructure.

How will anyone stop when people sleep on railway tracks? SC dismisses petition on migrant laborers