Founder Vijay Shekhar Sharma’s tears spilled over Paytm’s entry into the stock market, this is how the company was started 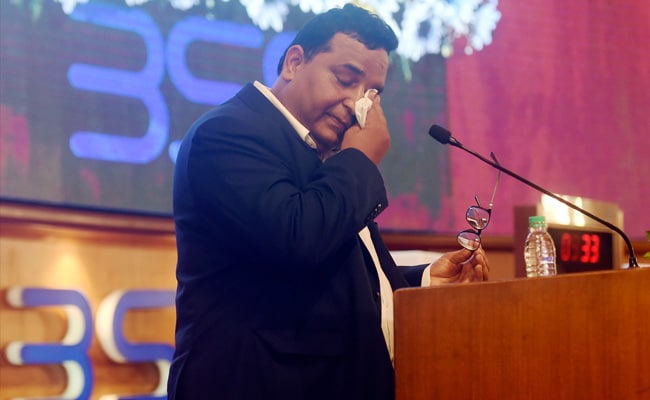 Thursday was a very emotional day for the founder and CEO ie Chief Executive Officer of Paytm, the top company in the field of digital payments. His 11-year-old company got listed on the stock exchange market in the country today. On such an occasion, the CEO of the company was seen in emotional moments in the morning. During his address on the Bombay Stock Exchange (BSE) during the listing, he was seen wiping his eyes with a handkerchief. Before the listing of any company on the BSE, there is a program like ceremony. In the pictures that came out of this program, Vijay Shekhar Sharma was seen wiping tears of emotion.

Paytm brought the country’s biggest ever IPO (initial public offering) of 18,300 crores. However, the shares of the company fell below the issue price and opened for trading today. IPO subscriptions too received a similar sluggish response initially. On the National Stock Exchange, the company’s shares opened at Rs 1,950, down 9.3 per cent or Rs 200 from its issue price of 2,150. However, after this the share prices fell further and the stock fell by 21 percent.

How was Paytm started?

Vijay Shekhar Sharma was born in Aligarh, UP to a teacher father and housewife mother. He has done engineering. He started Paytm as a mobile recharge platform in 2010. After some time, cab aggregator company Uber added it as a payment option on its platform. However, it became popular when the Government of India announced demonetisation in November 2016. At that time, the government started promoting digital payments rapidly and Paytm benefited the most. The company has set foot under the Digital India Mission.

Vijay Shekhar Sharma has also established Paytm Mall and Paytm Payments Bank. Apart from this, he currently has at least 9 job titles. Today his net worth is 2.4 billion dollars. According to Forbes, he is the 92nd billionaire in India, while he is the 1362nd richest person in the world. The source of his wealth is the fin-tech sector.

Paytm has more than 400 million users and about 25 million transactions are registered on it every day. The company even managed to get the investment of Warren Buffett’s Berkshire Hathaway in 2018. Buffett’s company had invested $ 300 million. Japan’s Softbank and Jack Ma’s Ant Group company also hold stake in this company.

Petrol, Diesel Price: Petrol-diesel prices have not changed in the country for 14 days amid the fall in crude oil, here are the rates