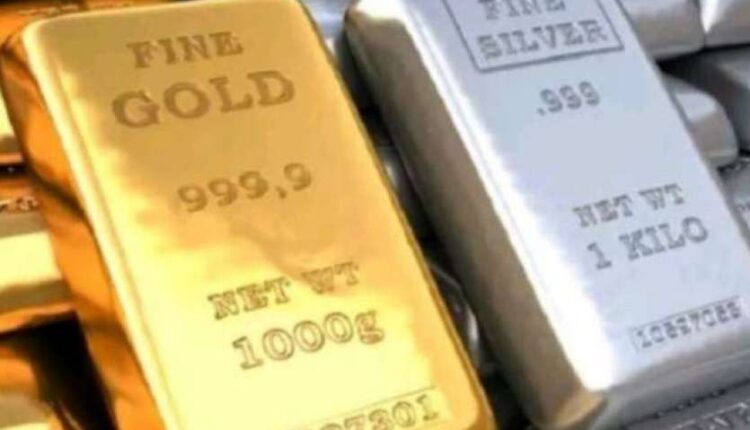 new Delhi. In the current financial year, there has been a significant decline in imports of gold and silver during the Kovid 19 epidemic. By the way business has opened up, imports have also increased. Talking about October alone, there has been an increase of 36 percent. The special thing is that due to reduced imports of gold and silver, the trade deficit has also reduced considerably. The trade deficit has seen less than three times during the same period of the past poison. Let us also tell you what kind of statistics have been seen by the Ministry of Commerce.

Gold and silver imports fall
During the first seven months of the current financial year, April-October, gold imports declined by 47.42 percent to $ 9.28 billion.
– The demand for gold has been severely affected due to the Kovid-19 epidemic, which has also led to a huge decline in yellow metal imports.
In the same period of last fiscal, gold imports stood at $ 17.64 billion.
– Gold imports in October alone increased by 36 percent.
During April-October, silver imports also fell by 64.65 percent to $ 74.2 million.

Trade deficit drastically declines
The decline in gold and silver imports has also reduced the country’s trade deficit.
The difference between import and export is called trade deficit.
Trade deficit declined to $ 32.16 billion in April-October.
– Earlier it was $ 100.67 billion in the same period of last fiscal.
– India is the largest importer of gold after China.
– Gold is mainly imported to meet the demand of the jewelery industry.
– India imports 800 to 900 tonnes of gold annually.
– In the first seven months of the current financial year, exports of gems and jewelery fell by 49.5 percent to $ 11.61 billion.

Also read: The property of these brothers reached $ 22 billion with the expectation of Corona vaccine

Babil became emotional after remembering Irrfan Khan, said- you will come back