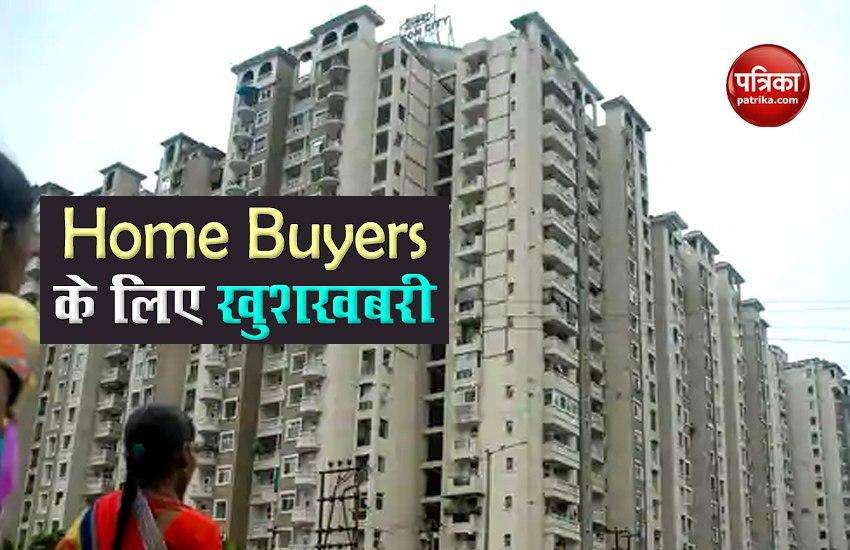 new Delhi. Big news for Amrapali Home Buyers, from January 2021, homebuyers will start getting possession of houses. The special thing is that all the home buyers of Amrapali will be given possession of the houses by 2023. According to the information, in order to complete the incomplete projects, the National Building Construction Corporation has divided it into three parts. Possession will be given to the group whose work is completed. It is large enough for Amrapali homebuyers. For many years people were waiting for their home.

42 thousand homebuyers will be given possession by 2023
According to the information, from January 2021, all 6 projects of Greater Noida No West will be completed and possession will be given to the buyers. At the same time, by August 2023, a target has been set to give possession to all 42 thousand home buyers of Amrapali. On the other hand, NBCC has now asked home buyers to pay on the basis of possession. Demand letters have also been issued last month. Now homebuyers will have to pay the first installment by 31 August.

Will be paid in installments
Payment will be made in installments under the new payment schedule plan created by NBCC for Amrapali home buyers. On 10 June 2020, the Supreme Court ordered all banks to give home loans to home buyers in the Amrapali case. According to the court order, this amount will be used in construction work. NBCC has commissioned 3 projects of Greno West. Work on 5 others can start in August and September. Tenders have also been issued. NBCC has also prepared a draft for completion of incomplete projects.

Possession will be given in this way
As incomplete projects are divided into three parts by the NBCC, the target of placing positions in Group-I buildings from May to July 2021 is targeted. Which has 887 villas in the Leisure Valley of Grano West. Completion will be given in Group-2 from January to July 2022. The occupation of the houses will start from January 2021. They have to pay their dues in ten installments of three months each.