Good news for railway passengers! Railway will run more than 200 special trains in the festival, special care will be taken of Kovid-19 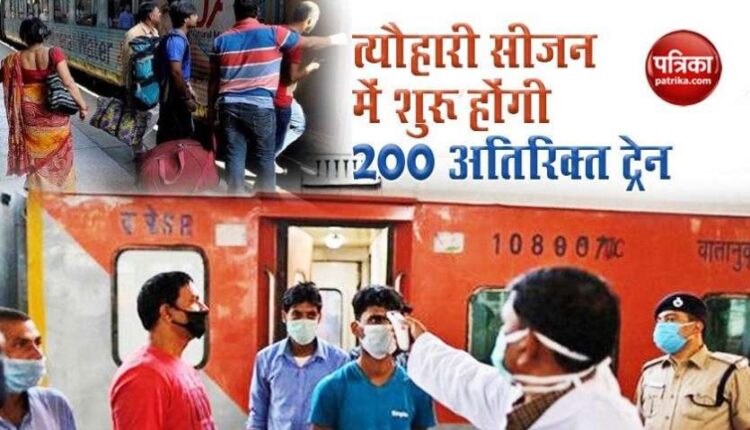 new Delhi. The means of transport were stopped throughout the country due to the Corona epidemic. Due to which there was a lot of trouble for the people living outside, now the time of the festival is also coming close and in view of the problems of passengers, Indian Railways operated 200 special trains in the festive season between October 15 to November 30. has announced.

According to the information, the Chairman and CEO of the Railway Board said that in the festive season, more than 200 special trains will be run on behalf of the Railways keeping in mind the facilities of the passengers. And if needed, the number of special trains can be increased even more.

Please tell that the railways will review the status of infection between the corona epidemic. For this, complete arrangements will be made so that passengers do not face any kind of trouble. And additional trains will be run as needed.

Arrangements are being made to run one to two clone trains on every busy routes in the festive season. The Railways have so far run only 40 clone trains. Apart from this, Tejas, the country’s first private train can also run on track before Diwali. IRCTC has sought permission to launch Tejas from 17 October.