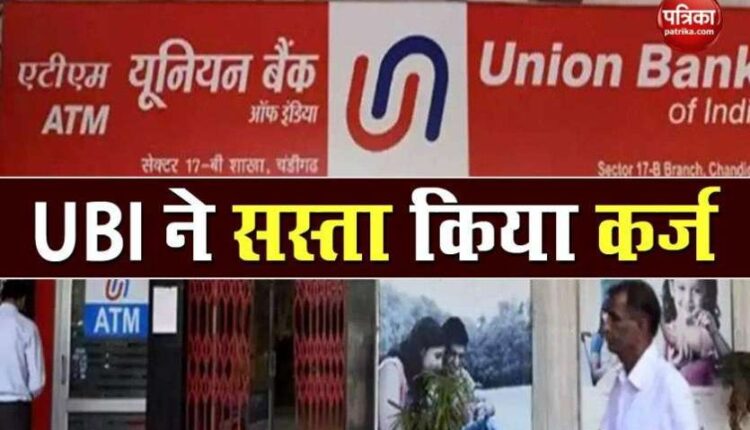 new Delhi. All the public sector banks in the country are trying to give relief to their customers by cutting MCLR. Canara Bank, Bank of Maharashtra, Indian Overseas Bank have cut MCLR rates for a few days. Now the name of Union Bank of India has also been added to this list. While giving relief to the customer, it has been reduced by 15 basis points. Let us also tell you that after this deduction, you also tell us how much the interest rates of banks have become.

Also read: Does your Health Inusurance Policy cover the cost of Corona Vaccine?

Hiked interest rates
Union Bank of India on Monday cut MCLR by 0.15% on various term loans. The new rates will come into effect from August 11. According to information provided by Union Bank, the one-year MCLR has been reduced from 7.40 per cent to 7.25 per cent. MCLar has been reduced to 6.80 per cent for one day loan. At the same time, the interest rates for the period of three months and six months have been reduced to 6.95 percent and 7.10 percent respectively. According to the statement given by the bank, there are continuous cuts in interest rates from July 2019 onwards. This is the 14th consecutive cut.

Also read: Zomato to give 10 term to female employees in a year, know the new policy of the company

IOB also cut
Another public sector bank, Indian Overseas Bank, has also seen a reduction of 0.10 per cent in MCLR for all periods. According to the IOB, MCLR rates have been reduced by 7.75 per cent to 7.65 per cent for a year. The new rates have come into effect from today ie Monday. On the other hand, the Bank of Maharashtra has also reduced the MCLR rates by 0.20 percent, which has come into effect from 7 August. Whereas Canara Bank has cut MCLR rates by 30 basis points.

Led bulb scheme: LED bulbs being available for 10 rupees, know how and where to apply

When Sushant Singh Rajput told his fans, I will come in a day or two, emotional throwback video of the actor